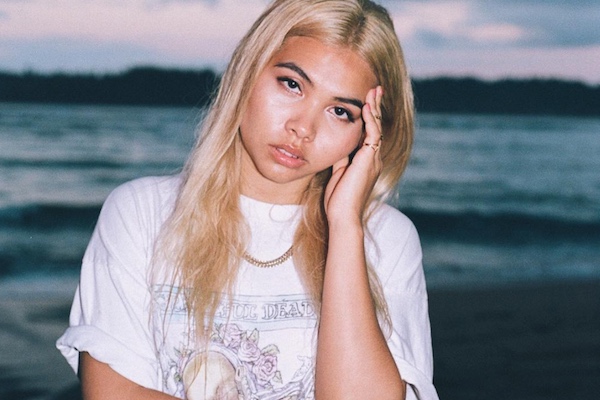 Who She is: Singer/actress of The Fosters and Scooby-Doo!

Why She Matters: Surprising the recording world in 2015, Kiyoko came out as a lesbian and began integrating overtly lesbian lyrics into her pop songs, which soon turned her into an international phenomenon.

Why We’re Proud: Kiyoko grew up in Los Angeles as a showbiz kid and model, the daughter of a white father and Japanese-Canadian mother. After appearing in a number of print ads and in TV commercials, she landed a spot in The Stunners, an all-girl pop group produced and overseen by singer/actress Vitamin C. Kiyoko also landed her first starring role around the same time: that of Velma (herself a lesbian icon) in a series of Scooby-Doo! TV movies. She also burnished her resume with roles on The Fosters and CSI: Cyber.

It’s HAVE A NICE DAY OKAY

Her recording career with The Stunners, however, stalled. The group split in 2011 without recording a full album. When Kiyoko tried to launch a solo career, her first album flopped. Then something amazing happened: Kiyoko gained a huge online following with the release of her second album, which also scored favorable reviews for its frank lyrics. The big change? She started writing about lesbian love, which also corresponded with her own coming out.

Hayley Kiyoko’s single “Girls Like Girls” scored huge YouTube traffic, racking up 91 million views. Kiyoko co-directed the video herself, which depicts ugly scenes of homophobia. The track helped launch Kiyoko onto a successful career in pop and earning the nickname “lesbian Jesus” from her enthusiastic fans.

In interviews, Kiyoko attributes her newfound success to the honesty in her lyrics, and to providing the authentic role model that so many young people desperately crave as they are learning to be true to themselves.

We definitely think she’s on to something there.