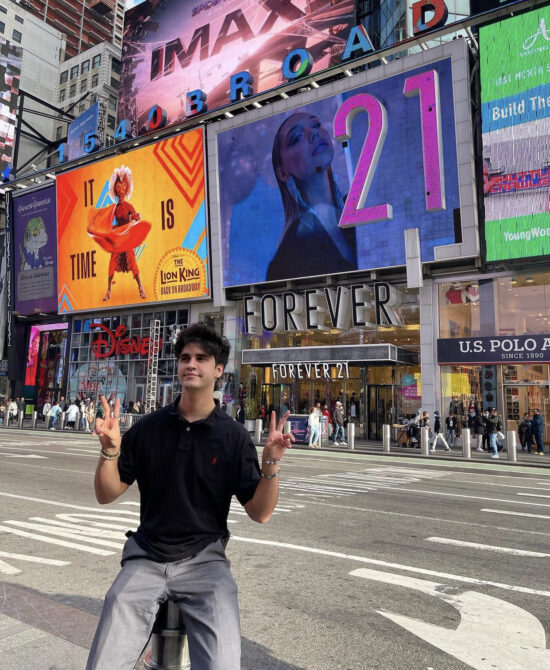 Jasper Soloff at 26 is the baby-faced director you need to keep your eye on.

Whether he’s directing a Billy Porter music video or shooting a cosmetics campaign starring Gigi Hadid, he’s on his way to real magic in story telling.

After finishing school at Central Saint Martin in London, he moved to Brooklyn and got his start photographing his friends on his roof.

Having zero contacts and wanting to work in fashion in NYC, he did what gay men do best: hustle. The hustle–and the formidable talent–eventually paid off and he began to book shoot after shoot.

Today he’s directing commercials, video editorials  and has a determined desire to tell queer stories in film, big queer stories that we can’t wait to see on the little or big screen.

Get to know the Jasper Soloff behind his Instagram @jasperegan in this exclusvie Queerty chat with Queerty contributor Michael Page Wright.

As I do, lets jump into it. As a director there must have been that movie you watched an insane amount of times?

Chicago. I was always obsessed with the way that it was filmed. I love the dynamics, the light, and the way the details were filmed during the performances. It’s probably what inspired me to become a director. That and the Beyoncé visual album. I love dance and performance and directors that can transform the way we see movement, light, and performance.

Beyonce is the ultimate all-around inspo. What inspires you the most to do what you do?

Telling stories and getting to know each individual talent I get to work with. I’m interested in showcasing queer stories, ones that aren’t always told in an authentic way. I love photography but there’s something about filmmaking, and the stories you can tell. It’s a heightened version of my photography for me. 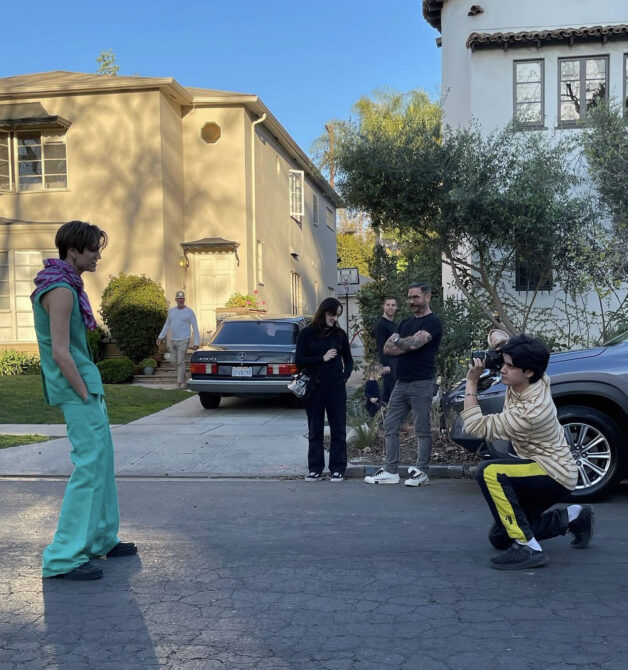 You’ve worked with some pretty amazing people. What has been your shining moment at such a young age?

I think the Pete Davidson and Julia fox video I directed for Paper Magazine and the new Maybelline commercial I just directed with Gigi Hadid and Storm Reid.

Have you ever had an embarrassing moment on set?

When a producer confused me for a PA on set and told me to go set up a tarp on the roof, I had to say I was the director. There was embarrassment all around. It was a lot. [Laughs]

A collective side-eye is worth more than its weight in gold. Have you ever had any of those  “oh shit” moments though that actually turned out alright?

I feel like the happy mistakes on set are always when the best magic happens. You can only pre-plan SO MUCH for the shoot so I always love to allow room for exploration. I was recently working with queen Symone and there was this disco ball that was hanging too low from the ceiling. INSTEAD of moving it higher Symone just took it in her hands and owned it.

[LAUGHS] AS SHE DOES AND ONLY SHE CAN!

[Laughs] It made for an iconic moment that wasn’t planned and the reflective mirror made these beautiful light leaks on her face. Those are the chance moments I live for! 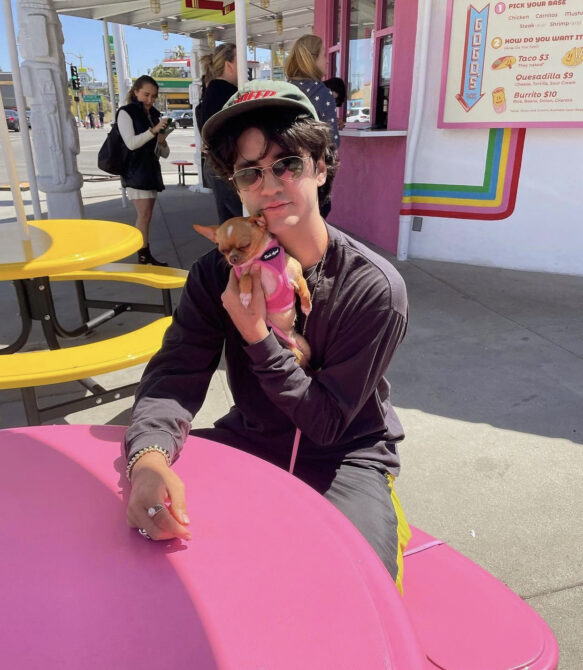 As most success does, it probably rolled in like crazy with like insane amounts of constant change… What would you say has been the biggest change so far?

I think for me the biggest change has been an access to bigger budgets which has allowed me to express myself more with art direction and set design. Color and set design has always been a huge part in telling stories. So it’s really exciting that I’m able to bring these ideas in my head to life and have them executed by AMAZING creatives.

What do you think is next? …Movies?

I wanna create films and musicals! Manifesting this SO MUCH! The film that made me want to be a director like I said was Chicago, the light, color and performance. It made me realize this is what I want to do.

What would be your dream movie to make? What story do you want to be YOUR story?

Dream job would be a queer musical. I’d love to tell a love story between two queer people, and I’d LOVE to do it within a musical film.

I love that you want to tell a queer love story, which love story is your all time absolute favorite?

My favorite love story is While You Were Sleeping, it’s a Sandra Bullock Christmas movie.

[Laughs] Not the Sandra Bullock!?!?

There’s something so romantic about it! The idea of falling in love with someone but also becoming a part of someone else’s family. I think within a queer story it would be so beautiful to show a family fully recognize and become close to someone’s partner. It’s something that is much too rare; family is so important in any relationship, and I think as society becomes more accepting of queer relationships, familial support will become more and more important.

I think in gay land, both chosen and blood families are so vital. What’s your ideal love story for yourself though?

My ideal love story would be meeting someone in the park… or just sparking up a conversation in person with a stranger and falling in love with them over time. I think in the digital age everything has become so pre-planned.

Exactly! There’s something so romantic about meeting someone without expectations! I am seeing someone currently, HE’S ADORABLE. I just think anyone that is kind and passionate about what they do is my ideal person. Kindness is a rarity, and not something I take for granted!

Nor should anyone, like sass kindness is a dying breed. Alright Jasper lets wrap up with something absurd. EVERYONE has a secret drawer. What’s in your secret drawer?

I collect crystals and practice manifestation. Lighting candles and writing down my intentions and goals! I think this is so important, you can really wish anything into reality.

DREAMING IT AND ALSO BEING IT.

I really do believe that!

And now for a deeper Insta-look at our hero (and a few of his subjects):