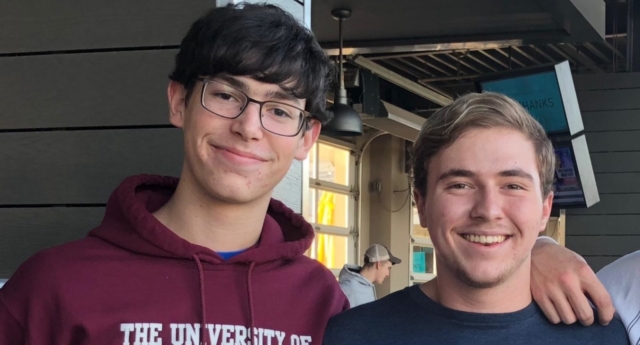 With Pride and graduation season upon us, the next generation readies itself for the rite of passage: prom and senior ball.

Unlike generations past who could never even dream of taking a same-sex date, Generation Z has already started trailblazing–and sexual orientation is the least of it. Add in interracial dating, gender fluidity and dating while trans and you know what it’s like to be a teen these days. The future is bright.

Needless to say, these changes are bringing blowback. In some cases, hostile parents or school administrators resist the inevitable.

These brave students, just a few of those changing prom rules, have earned our respect, and deserve our applause.

That’s why they have earned a collective spot in Queerty’s Pride 50 series.

Meet the teens inspiring us this prom/pride season, bucking everything from old fashioned-categories to stuffy parents and outdated peer pressure:

Conservatives attacked Adam for wearing Victoria’s Secret corset and House of CB skirt to his prom. Fellow students, on the other hand, thought Adam looked fantastic: he won the title of Prom King. Adam’s peers spoke out on his behalf following the uproar over his choice of wardrobe, with one girl remarking “he wore that dress better than I ever could have.”

Missouri footballer Jake Bain and his sweetheart Hunter Sigmunt won protest from the Westboro Baptist Church–always a sign of doing something good–for daring to go to the prom as a couple. The gentlemen looked smashing in their tuxes, and despite the annoying presence of the Westboro nincompoops, said they enjoyed a delightful prom together, enjoying the full support of their fellow students and families. 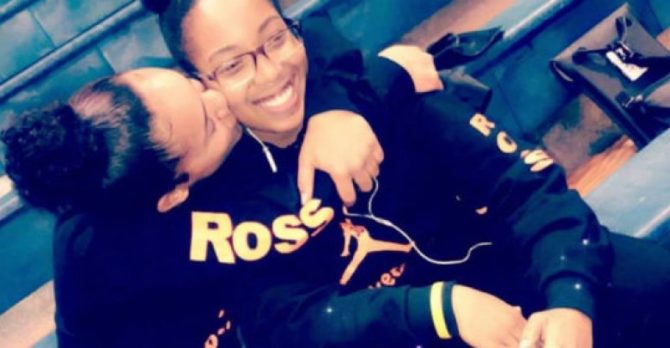 Alexandria, Alabama resident Janizia Ross and her girlfriend Raven were disciplined after Janizia asked Raven to prom during a school talent show. Even though straight couples had done the same without any trouble, Janizia received an in-school suspension for what faculty deemed “disruptive behavior.” Fellow students protested. Thankfully, cooler heads prevailed: Administrators made clear that Janizia’s suspension would not interfere with her prom. She and Raven will attend together. 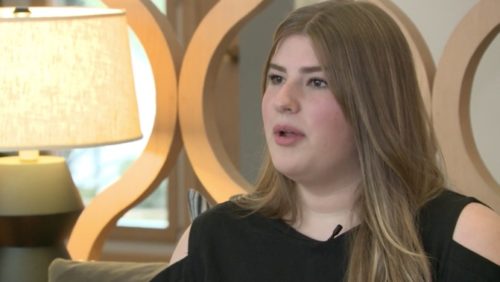 Transgender student Nikko Nelson of Homestead High School in Wisconsin didn’t encounter the blowback for attending the prom as some of the other teens featured here. In fact, everyone seemed to love having her there, so much so in fact that the student body actually elected her prom queen. We can’t help but feel proud of her, a sentiment echoed by her family. 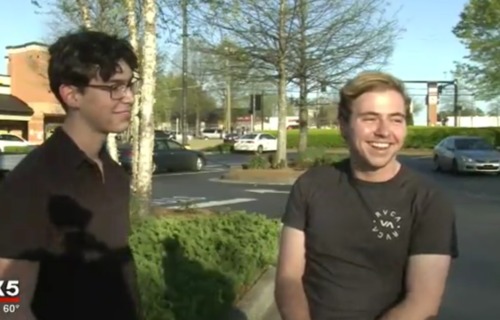 Atlanta students Joel Lerner and Carter Hebert made waves when they announced that not only would they attend prom together, they wanted to run on the same ticket as prom king & king. Though straight couples can run for the same title, faculty denied the request for the two Chattahoochee High School 17-year-olds. Despite the fact that Joel & Carter started a petition which garnered over 800 signatures, school officials again refused to allow the two to run together, as the prom court nominations had already been issued. The school did, however, acquiesce to allowing same-sex couples to run for Prom Kings or Queens together in the future, and Joel & Carter attended their prom together last month. 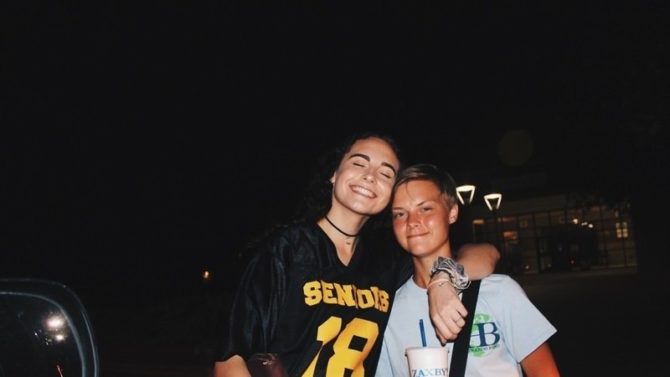 Mississippi couple Kenzie Ellenberger and Mallory Boone staged a coup this year: for their prom in April, the two wanted Kenzie to run for Prom King, while Mallory ran for Queen. Their principal agreed before reneging; claiming that letting a woman run for Prom King discriminated against men (????). The couple, having dated for two years, wouldn’t take their principal’s capricious actions sitting down. They started a petition for Kenzie to run as Prom King, and garnered more than 1,000 signatures. The school still wouldn’t budge on the issue, though the pair still went to prom together.

Related: A student was suspended from school in Alabama because she asked her girlfriend to prom

HONORED to be a part of prom court as prom KING. This may not seem like a win yet, but it is a win for me and for everyone i am representing. Thank you all for supporting me. (Also honored to be announced as a part of prom court while wearing this shirt) pic.twitter.com/UHQVqDBMuG

When trans teen Al Martinez found himself nominated for Prom King, he couldn’t help but feel excited. The faculty at Brooke Point High in Stafford, Virginia, where Al attends, however, had different feelings. They called his parents to out him. Fortunately for Al, he’d already come out at home, though he also expressed shock that the school would want his parents to “approve” of his gender, and spoke out about how such actions on the part of school faculty could endanger teens. 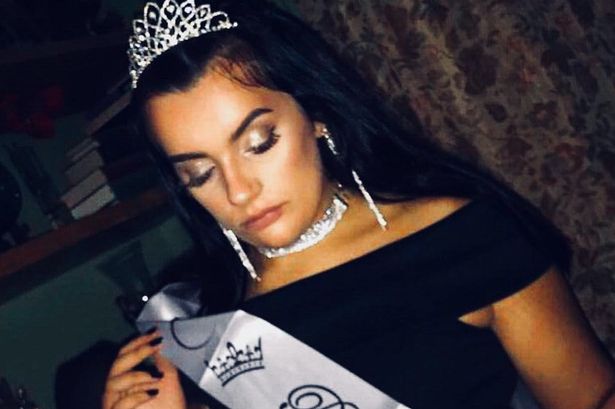 Lori made history last year at age 16, when she became the first-ever trans-Prom Queen in the UK. The milestone came with a price: Lori experienced a firestorm of attacks on the internet, criticizing everything from her LGBT status to her weight. She’s used the attention to speak out against bullying and to demonstrate the hardship that members of her community face on a daily basis.

News out of Indianapolis last spring raised some eyebrows when Alan Belmont, a 17-year-old student at Central High School, became the first transgender Prom King in the district’s history. Alan ran a full-on campaign at school, and predictably encountered more than his own share of transphobia. Alan would go on this year to challenge his school’s demand to use his “deadname” during his graduation ceremony.