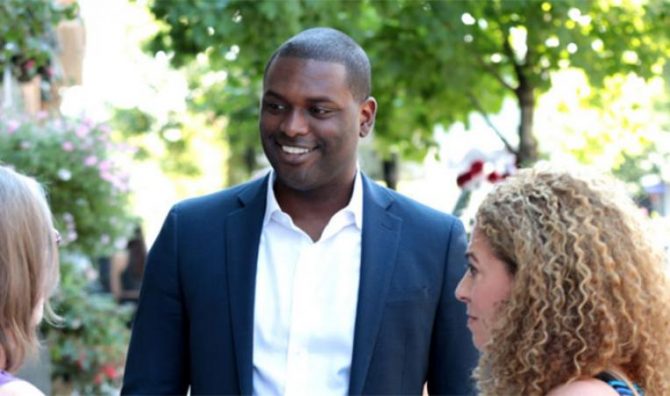 “I didn’t come from money. I’m Black. I’m gay. And so I don’t see people like me in office very often,” Jones, who first announced his candidacy to little fanfare in a June Medium post, says. “Everyday we wake up and it feels like the world is on fire.”

“We need more people in office who understand that experience, who can speak to people who have been shut out of the political process. The stakes are too high for us to just sit out on the sidelines.”

White kids used to spit on my grandfather while he walked to school in the Jim Crow South.

Speaking to NBC, Jones says he’s “proud” to be a part of the wave of fresh faces with their sights set on Washington, D.C. in 2020, though he admits there was once a time he didn’t think it would ever be possible.

Jones, who came out when he was 24, says he never thought he could run for office “because it would mean that I had to be my authentic self.”

“Not only had I not yet come to terms with that aspect of myself, but I certainly doubted that other people would be accepting of it,” he explains. “But so much has changed over the past decade, and even over the past five years.”

“Growing up, struggling with my self-acceptance, if I had been able to look to an example like what I would provide, someone who is a respectable individual, an openly gay black man in Congress, life would have been a lot better for me.”

So Jones decided to be the change he wanted to see. If elected in 2020, he will become America’s first Black gay U.S. congressman.

Related: This man hopes to make history as the first out gay Black congressman in Mississippi