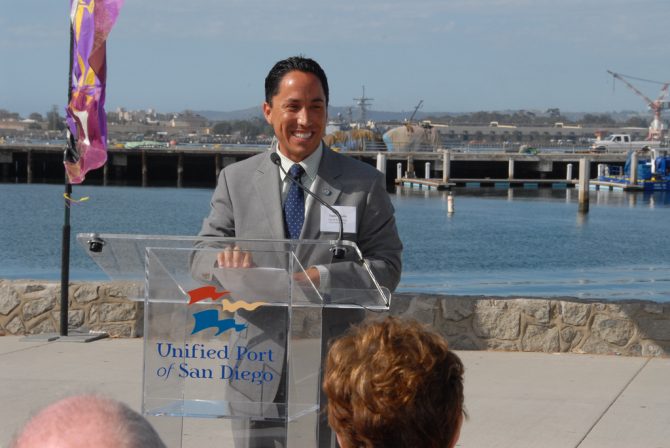 Gloria appeared one step closer to his goal this week after scoring the endorsement of Equality California, the noted advocacy group which helped champion in the era of marriage equality.

“Todd Gloria will be a mayor who fights for every San Diegan, in every community,” said Equality California chairman Rick Zbur. “Todd has championed civil rights and social justice for the LGBTQ community and worked tirelessly to give all Californians a shot at success. We’re ready to make history in 2020.”

Related: Beaches, boys and bars: San Diego delivers everything under the sun

With a population of 1.5 million, San Diego is the eighth largest city in the United States.

Gloria already served as San Diego’s interim mayor from 2013-2014 after the resignation of Bob Filner. He grew up in San Diego of mixed race, carrying Native American, Puerto Rican and Filipino heritage. In addition to his stint as interim mayor, Gloria served two terms on the San Diego city council before moving on to the State Assembly. In 2018, during his second term in the State Assembly, he retained the role of majority whip for the Democratic party.

Before entering the general election, Gloria will need to participate in a non-partisan primary next March. Upon his announcement, he told reporters his campaign “is about sending a clear message that San Diego is a place for all people where everyone has an equal opportunity to be successful.”