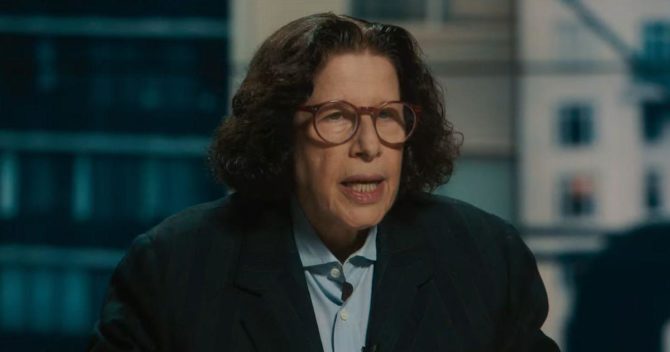 Martin Scorsese tries his hand at a streaming series with this Netflix project, a show based around the life and observations of gay author Fran Lebowitz. For those unfamiliar with Lebowitz’s crusty humor, the 70-year-old author spent her career writing books and articles based around New York culture and the city’s social scene. Though she never even graduated from high school, Lebowitz wit and social commentary earned her an international following, as well as collaborations with Andy Warhol, Robert Mapplethorpe, and of course, Scorsese himself.

Pretend it’s a City offers Lebowtiz’s acidic observations on all aspects of life, from a changing New York City (her takes on Rudy Giuliani and Michael Bloomberg are particularly scorching), smoking, feminism, gun control, social media, sports, the literary scene to cell phones. Though always craggy, she somehow manages to never come off sour. Moreover, her recollections of queer life in New York’s Greenwich Village both pre and post-Stonewall offer a window into a very different time for LGBTQ people, and a clear perspective on how the culture has changed as it moved mainstream. Honest, cynical and always entertaining, we suggest Pretend it’s a City as this weekend’s binge. Watch, and try not to fall in love.