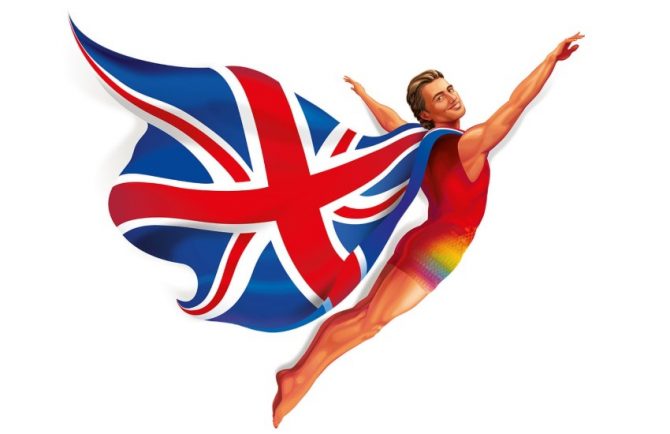 Virgin Atlantic sent shockwaves through the airline industry today by announcing the company will now feature a gay man in a cape as the company mascot.

The move comes as Virgin works to diversify its image, and as the company retires longtime mascot The Varga Girl, a buxom, pin-up style woman in a corset. Virgin will now feature several new mascots including a gay man, a black man and woman, and an Asian woman, each in a red outfit and wearing the Union Jack as a cape. The gay mascot’s red outfit also blends into rainbow shorts as a nod to the LGBTQ community. The company plans to display the mascots on the exterior of its planes, which will also carry the mascot nickname. In the case of the gay mascot, that name is said to be “Rain Bow.”

Virgin Atlantic has adopted the new mascots as part of a campaign to reach more customers and stand for its diverse group of employees. Virgin Atlantic Senior Vice President Nikki Humphrey explained the move: “The saying goes ‘you can’t be what you can’t see’ and that has never been truer than the aviation industry’s glamorous image in the past. By introducing our new flying icons, I hope it encourages people from all backgrounds to feel at home flying with us, but also working with us.”

The move to diversify the company mascots also comes at a time when Virgin has vowed to diversify its staff. Heads of the company have vowed to employ 12% black, Asian and minority ethnic group representation by 2022, as well as gender equality for pay. The company also recently changed its policy to require only female flight staff on planes, and that company uniforms for women will also now include an option for pants beyond the traditional miniskirt.