The Black Lives Matter movement has not and will not lose steam until real action is taken to address America’s continued history of racism and violence against African Americans, and now pride organizations are organizing peaceful, safety-focused marches in place of parades and parties.

As a new generation of young, queer people become engaged in anti-racist activism, there’s never been a better time to spotlight these six Black, queer trailblazers who are committed to reshaping the world for the better. 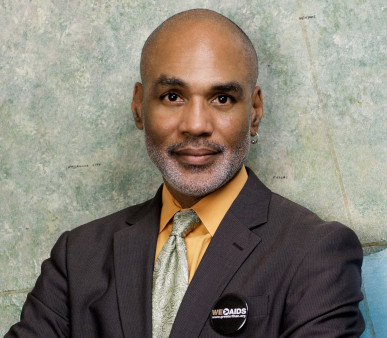 When the AIDS epidemic was rapidly gaining momentum in the early ’80s, Phill Wilson’s career in activism sprang into action. He and his partner, Chris Brownlie, were both diagnosed with HIV, and Wilson observed a major deficit in outreach to African Americans. Wilson carved out a career in HIV/AIDS community work, serving simultaneously as Director of Policy and Planning for the AIDS Project in Los Angeles and AIDS Coordinator for Los Angles in the mid-’90s.

Though his own health at times has forced him to step back from his work, Wilson’s determination propelled him to continue fighting for his community — a trait we could all learn from in today’s rocky climate. In 1999 he founded the Black AIDS Institute, the “only premier uniquely and unapologetically Black think tank and do tank in America powered by two decades of work to end the Black HIV epidemic.”

The following year he was appointed to President Obama’s Advisory Council on HIV/AIDS.

Asked what inspired him to found the Black AIDS Institute, Wilson told the Windy City Times:

I began to look around and kind of ask myself: Okay, so what’s going on? It felt like no one was mobilizing the larger Black community. There were organizations that were trying to do prevention work, and there were organizations with Ryan White funding (a federally funded program for people living with HIV/AIDS) trying to do treatment and clinics. But there really was no one, in my opinion, that was taking on the larger Black community with HIV and AIDS. I felt like we had to break away from the concept of AIDS as a ‘gay disease’, and expand it so it was important to the entire Black community.