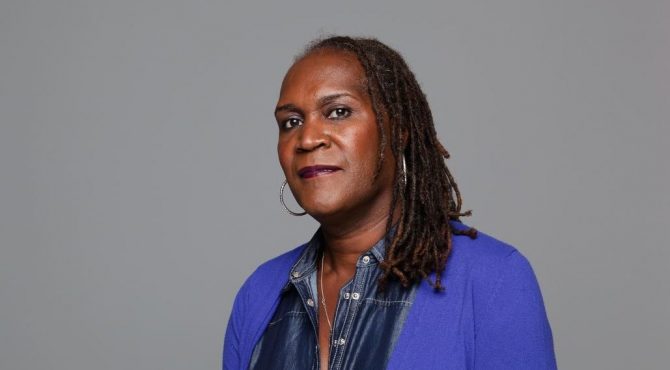 Black trans women face unique hardships in every facet of life and continue to experience violence and murder at an appalling rate. Representation remains not just about acceptance–it’s a matter of life and death. That reality makes Andrea Jenkins achievement as the first Black, openly transgender woman elected to office in the United States all the more significant. And she won with over 70% of the vote.

But even prior to Jenkins’ historic 2018 Minneapolis City Council campaign victory, she worked to elevate the transgender community. Notably, she founded the Trans United Fund with Hayden Mora, a political action committee devoted to helping other trans candidates run for office.

Active in the Trans Lives Matter movement, Jenkins, who is also a writer and poet, has continued to embody leadership in the aftermath of George Floyd‘s murder, which happened in her own town. As the nation has focused its attention on the injustices plaguing Black America, Jenkins has worked on legislation to rein in racial profiling and police violence. And her voice is more powerful than ever.

After singing “Amazing Grace” at a press conference for Floyd, she told the crowd:

We feel as if there was a knee on all of our collective necks — a knee that says Black life does not matter. I am a part of this system to help to take that knee off of our necks. And that is the work that I will be doing.