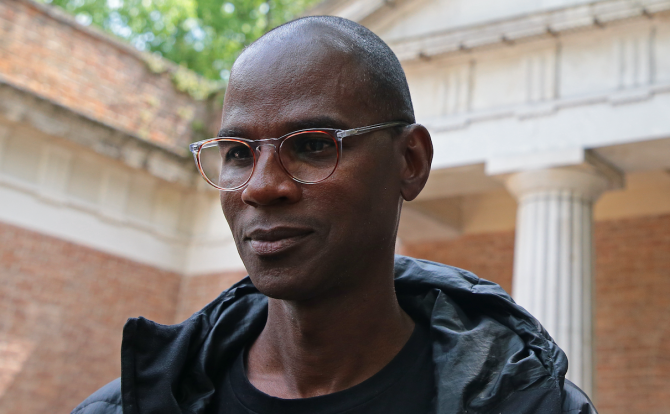 Mark Bradford knows the power of art and imagery. The acclaimed abstract artist’s work at first glance may seem purely interested in aesthetics, but just like the varied materials and textures he uses, there are emotional and visceral layers to his art. Much of his work focuses on aerial-type assemblages, often depicting his hometown of Los Angeles, taking a bird’s eye view of the suffering felt by the African American communities on the streets below. And right now, in Los Angeles and in cities across the country, those struggles are getting more of the attention they deserve.

With the media so often missing the forest for the trees, Bradford’s massive pieces give the viewer a chance to absorb the vastness of racial inequality. The pain is painted into the places he depicts, inseparable from the land beneath the city streets. It’s a vitally important lesson for those still struggling to grasp the context of racism in America.

Take, for instance, his 2006 piece, Scorched Earth, which represents Tulsa, Oklahoma as a place that can never get out from underneath the racist massacre carried out in 1921 by white residents against the city’s thriving Black community: 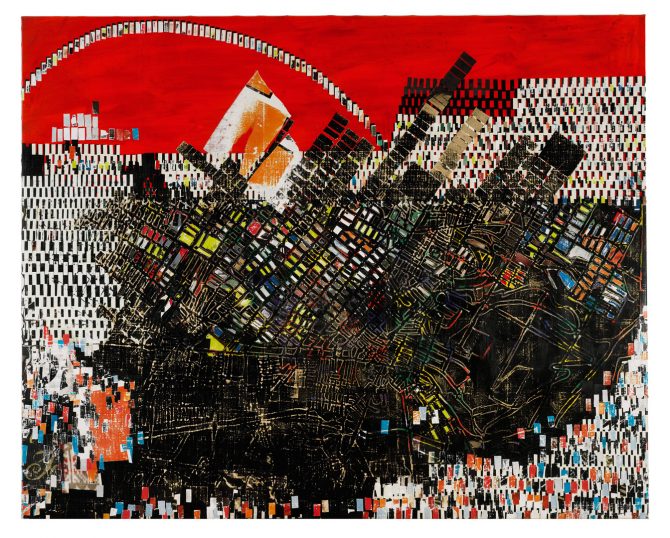 While everyone must keep their eyes open to the daily events of protest and stay vigilant in demanding change, we’re lucky there are artists like Bradford weaving the past and present together, reminding us why the stakes are so high.