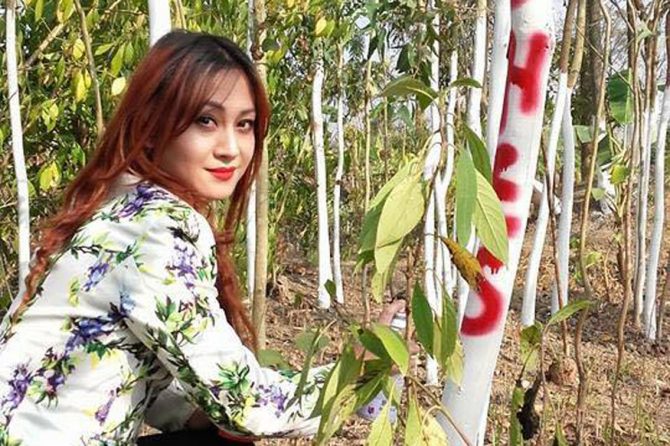 The march toward equality in India continues with an unexpected twist: a transgender beauty queen has taken on the job of government spokesperson to encourage other trans people to vote.

Bishesh Huirem landed the job in the Indian state of Manipur just ahead of next month’s election, the first where voters can register to vote as a third gender. Estimates show about half a million Indians identify as transgender. Only about 39,000 have thus far registered to vote. In Manipur itself, only a measly 26 people have registered using the third gender status.

Hurirem, who previously represented India in the Miss International Queen Beauty Pagent, a contest designed for transgender contestants, now seeks to increase the number of transgender voters in India’s elections. “It is a great privilege to be appointed as a state icon,” she said in a statement. “Not only transgenders, I will try to encourage more and more people to vote in the general elections.”

India has made great strides in LGBTQ rights in recent years. Last year, the Indian Supreme Court overturned laws criminalizing homosexual sex. Bills allowing recognition of same-sex marriages and which would allow queer people to serve in the military continue to undergo debate in Parliament. That progress also extends to transgender Indians. Earlier this year, the state of Maharastra set up a transgender advisory board. Last week, transgender activist Sneha Kale announced a run for a seat in Parliament, the first ever transgender woman to do so. Also this year, Apsara Reddy became the Indian National Congress party’s first transgender office-holder.