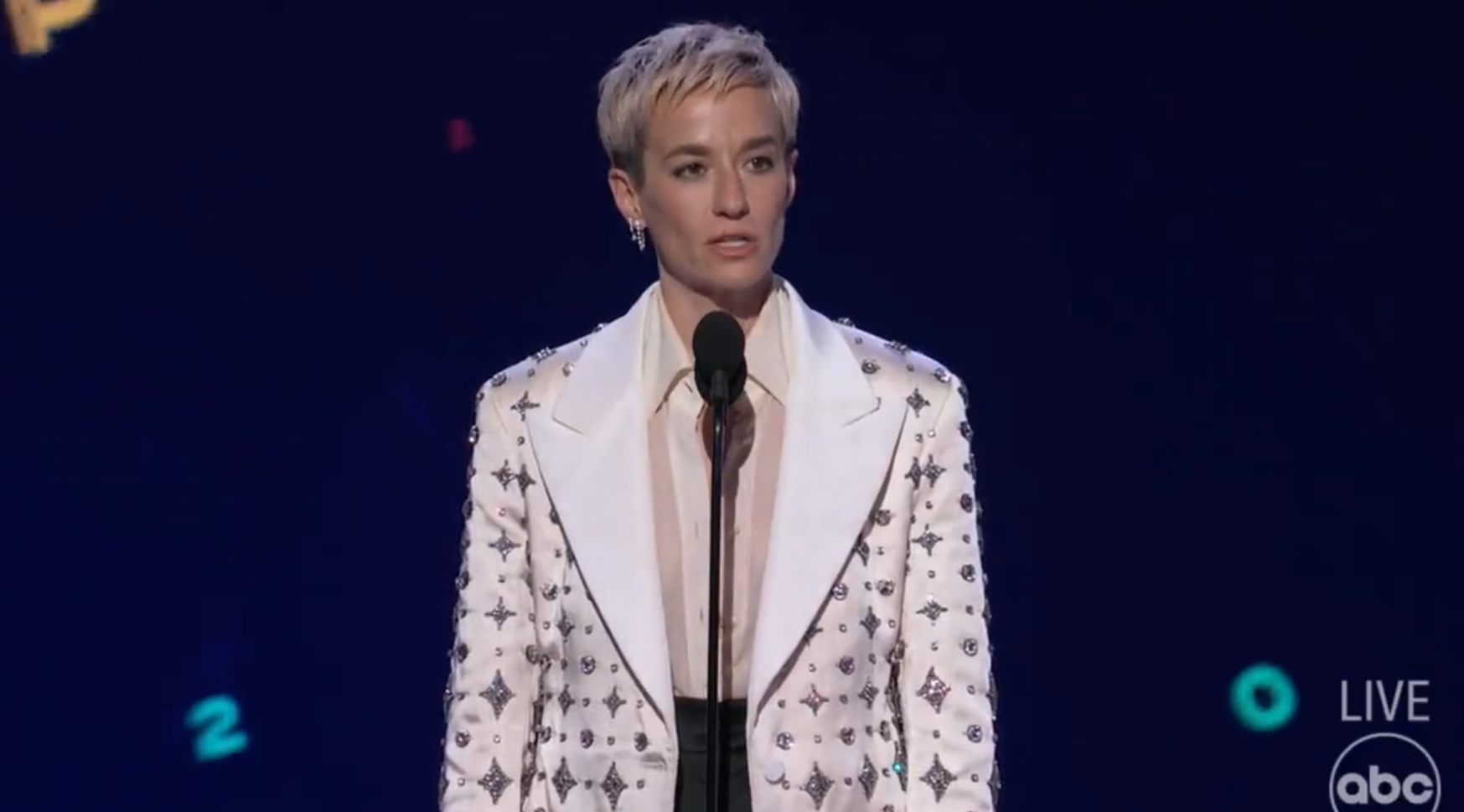 WNBA star Brittney Griner’s plight was a central topic at an athletics award ceremony in Hollywood on Wednesday night, and an impassioned speech from soccer phenom Megan Rapinoe drove it all home.

Griner has been held prisoner in Russia for the past five months for having vape canisters containing hashish oil in her luggage while traveling through the country.

Like many WNBA players, she was playing overseas during the off-season to help compensate for the relatively low pay female athletes receive in the United States.

Rapinoe took the ESPYs stage to receive the “Best Play” award and used the opportunity to speak out in support of her sister in sport:

—Megan Rapinoe took a moment to acknowledge Brittney Griner at the ESPYS pic.twitter.com/5JDFj74bLS

“The most striking thing is that BG’s not here. BG deserves to be free. She’s being held as a political prisoner,” Rapinoe says.

“Like what are we doing here dressed up like we are when our sister is detained abroad? We haven’t done enough, none of us. We can do more, we can support her more, and just let her know that we love her so much.”

This isn’t the first time Rapinoe has used her platform to call attention to Griner’s plight in a big way. While receiving the Presidential Medal of Freedom earlier this month, the star wore a suit with the initials “BG” embroidered on the lapel.

She also wrote in a post about the medal ceremony that Griner was “the most important part of today.”

“BG is being used as a political pawn and we need to bring her home immediately,” the athlete wrote. “This plea doesn’t change that @potus needs to and is working hard to get her home.”

Throughout the ESPYs ceremony, a number of other sports stars including Billie Jean King, Steph Curry, and WNBA players Nneka Ogwumike and Skylar Diggins-Smith voiced their concern and support for their fellow athlete.

The speeches were applauded by Cherelle Griner, BG’s wife, who was in attendance.