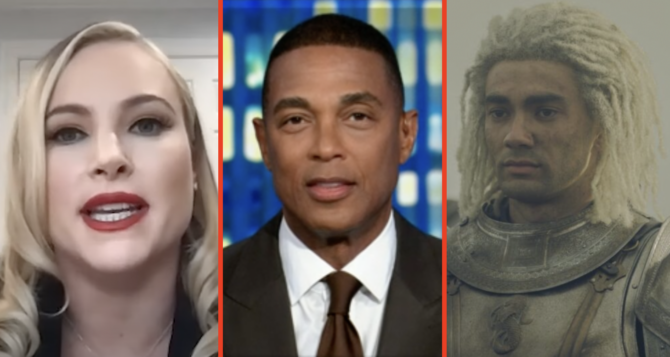 NICE WORK IF YOU CAN GET IT: Man posts Craigslist ad “looking for gay man” to party with his wife for $30 an hour.

HOPE SPRINGS ETERNAL: Lance Bass weighs in on whether Britney Spears will ever return to music, says “I see her back on that stage at some point.” [Rolling Stone]

HOUSE OF HOMOPHOBIA: HBO’s “Game of Thrones” spinoff “House of Dragon” accused of being homophobic for its treatment of LGBTQ characters. [Los Angeles Times]

MEAN GIRL: Meghan McCain trashes the family of her conservative replacement on The View, Alyssa Farah Griffin, by calling her father “a very famous homophobe and racist who started birtherism.”

LEMONS INTO LEMONADE: CNN’s Don Lemon says he was “not demoted” and his upcoming move from primetime evening anchor to morning show host was his decision. [CNN]

GOP DEATH WATCH: Gay-hating, “religious freedom” loving Republican Linda Paulson announces she will be on the ballot for the District 12 Senate race in Utah via… rap video?

republicans have gone absolutely off the rails because what is this LMFAO pic.twitter.com/jX2SBjJ0bF