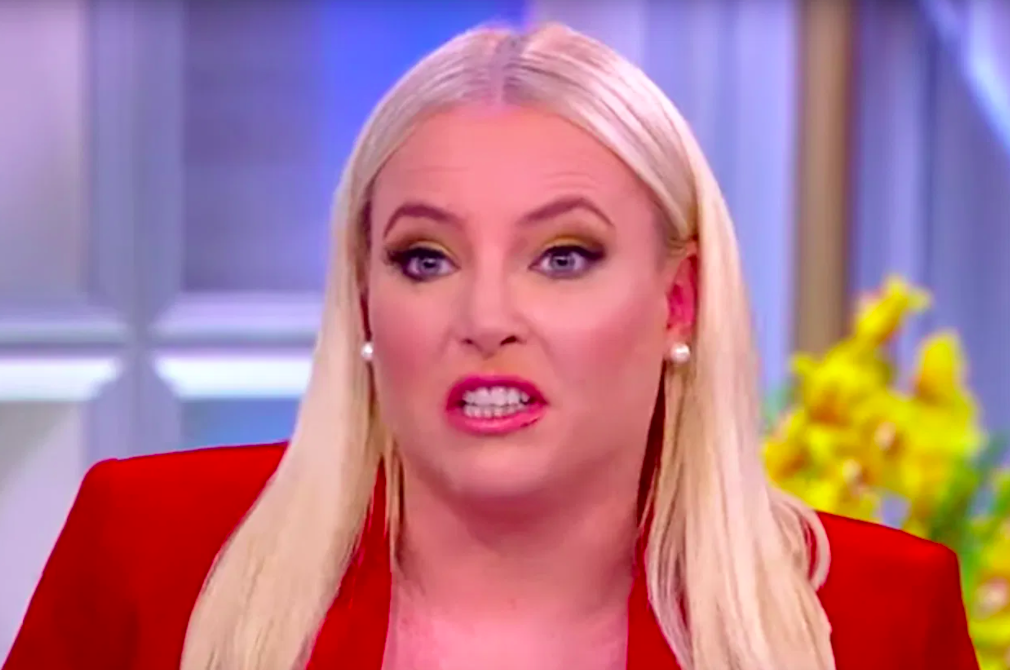 John McCain’s daughter, Meghan, had a bad case of the sorry-for-herself blues last night on Twitter. Unfortunately for her, nobody cared.

“Twitter comments and chatter are hurting me today for the first time in a really, really long time,” the toxic TV queen tweeted at 9:41 p.m. last night. “It’s hard to reconcile that my daughter can read this stuff some day… All I can say is I do my best every single day and have the best of intentions in my heart.”

Twitter comments and chatter are hurting me today for the first time in a really, really long time. It's hard to reconcile that my daughter can read this stuff some day… All I can say is I do my best every single day and have the best of intentions in my heart.

OK, first of all, why is Meghan McCain sitting up at night reading tweets about herself? Like, who does that?

Second, does she really think her daughter is going to spend her free time when she grows up scrolling through 20+ years of old tweets about her mom?

Oh, and third, what about all the hurtful things she, Meghan McCain, co-host of The View, has said about other people over the years? Has she ever considered how their children might feel about it?

Keep in mind that she will also be able to watch old episodes of The View and read The Federalist.

Your intentions are predominantly self-serving, including your intentions behind this tweet. Any regret you feel is brought on by your own behavior. I have no sympathy.

Meghan Markle is about to have a daughter who will, one day, be able to watch clips of your remarks, as well as those your husband makes. pic.twitter.com/yjBJkTn6ng

Playing the victim?
I’ve read some of your tweets. Give us a break.

The Obama girls could read every ugly thing you said about their dad but didn’t stop you, did it.

Quit Twitter. You’ll be fine & we won’t be forced to endure how everything is about you. It’s not. It’s about being decent & realizing after apathy has killed 520,000 citizens & caused hunger, anxiety & unemployment for our people, we have very broken things in need of repair.

Well when you started criticizing Fauci, things went downhill. So disrespectful. So surprising that you went that route. The man is a dedicated intelligent scientist. He didn’t deserve that. I can’t unsee you mocking him. I can’t even watch your show because of it. Huge mistake.

Maybe use those feelings to reflect on how your comments and commentary affect others. Or is this just a one way street?

I hope your daughter also reads…and sees the video of you laughing at Obama when he cried because babies were murdered in their classrooms. pic.twitter.com/Er0cQaqNGs

Did you care about Ilhan Omar’s daughter when you accused her of having ties to the California Synagogue shooting? Did you ?

People on twitter are cruel. For example, your husband twitted Meghan Markel was a “gross disaster”. That’s pretty hurtful.

If only that were really the case. Your claims to “have the best intentions” are disingenuous at best. Your intention is controversy. You got what you asked for.

It would help if you stopped making everything about you. It’s hard to believe you care when you only relate to how things affect you. If you began showing empathy for others based on their situation it would go along way in people showing kindness to you.

if this is your best, you should pack it in.

You are a mean girl Meghan