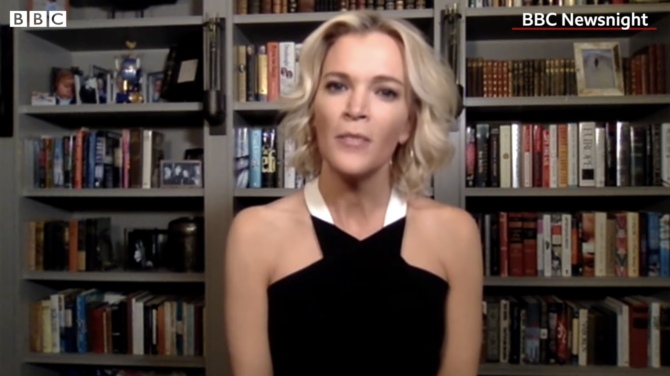 This just in: Failed morning show host Megyn Kelly says the January 6 attack on the U.S. Capitol wasn’t as big of a deal as everyone says and that the mainstream media made it seem way worse than it actually was and everyone just needs to, like, calm down and get over it already.

“A faction turned,” Kelly said during a recent episode of her podcast. “But there’s no question the media represented this as so much worse than it actually was.” 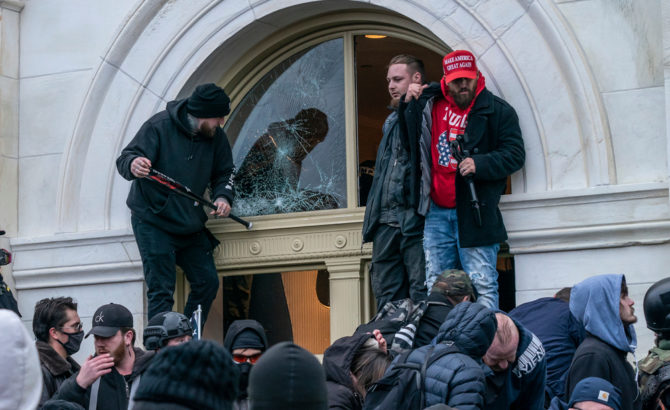 Five people died in connection to the insurrection, including one Capitol Police officer. One of the rioters, a 35-year-old Air Force veteran named Ashli Babbitt, was shot and killed when she tried breaking into the Speaker’s Gallery just off the House floor. She has since been turned into a martyr by many people on the right.

Continued Kelly, “We’ve all seen the video of people, like, screaming in the face of cops, being totally disparaging, and defecating on the floor of the U.S. Capitol, and lawmakers were understandably afraid, not like [Rep. Alexandria Ocasio-Cortez saying] ‘I need therapy for the rest of my life’ afraid, but I could understand it, and I didn’t like seeing it at all.”

Just so we’re clear, five deaths, abused law enforcement officials, sh*t and piss all over the floors, terrified lawmakers (including the Vice President of the United States), theft and destruction of historical artifacts, and extensive property damage is not that just big a deal to Fox News’s former “it girl”. 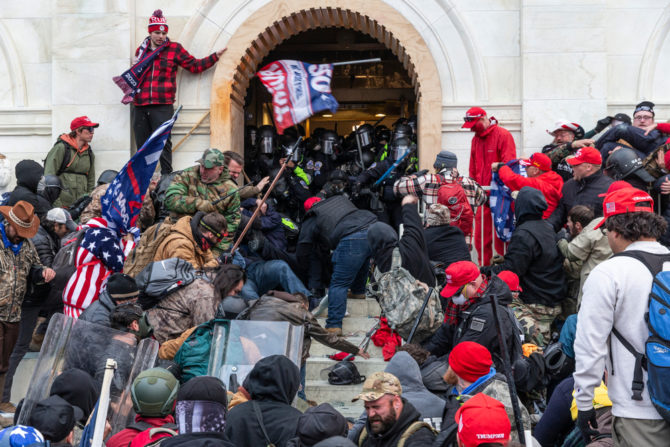 Kelly went on to say that most of the insurrectionists were good, honest, decent people who are now being unfairly lumped in with a few bad apples.

“They got tarred by the actions of some losers who went a different way,” she said. “And then the media did what it does, which is any bad behavior gets attributed to the entire group of Trump supporters.”

Later in the episode, Kelly agued that mainstream media outlets were “tying the political rhetoric” of Donald Trump to “what we saw that day,” which she doesn’t think is accurate.

“It wasn’t an insurrection,” she insisted. “It wasn’t.”

Evidently, she didn’t hear that major part of Trump’s speech on January 6 when he told his supporters to “fight like hell” then directed them to go down to the U.S. Capitol where lawmakers were certifying the 2020 election results.

Regarding the Capitol riots, Megyn Kelly says "the media represented it as so much worse than it actually was." By showing video footage of police officers being attacked and killed

Does Megyn Kelly remember that most of us watched it unfold LIVE on TV.

Imagine Megyn Kelly was in the Capitol on January 6th. She would have barricaded the Senate Floor doors with White Santa's sled.

Megyn Kelly also said the Jesus and Santa were white.🤦‍♀️

Megyn Kelly says 1/6 was way overblown by the media. Of course she'd say the same thing if the mob managed to hang Pelosi and Pence – "that's only half the lifes lost at Benghazi".

How can Megyn Kelly say the media represented the January 6th riots for worse than what it was when we all saw with our own eyes what was happening?

Megyn Kelly needs to drink a tall glass of shut the hell up.

Megyn Kelly exemplifies how you can take the girl out of Fox News, but you can't take the Fox News out of the girl.

If anyone knows anything about portraying anything “worse than it actually was”….. it would be Megyn Kelly!

Of course, this is hardly the first time she has attempted to revise history. Just last week, Kelly tried saying that she left NBC because it just wasn’t “intellectually stimulating” enough for her, which, of course, is completely untrue.

Kelly didn’t leave NBC on her own accord. The network terminated her contract after she made racist remarks about blackface then issued a half-assed apology.