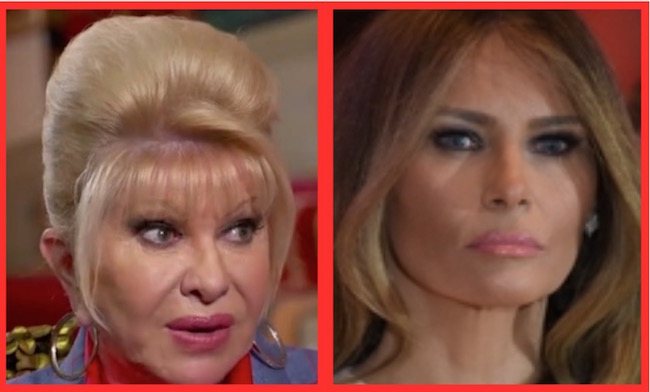 A spokeswoman for First Lady Melania Trump released a statement on Monday October 9, sharply criticizing Ivana Trump for referring to herself as the “first lady” during an interview.

“She plans to use her title and role to help children, not sell books. There is clearly no substance to this statement from an ex. Unfortunately only attention seeking and self-serving noise.”

Earlier in the day, Ivana had jokingly called herself Trump’s “first lady” in a “Good Morning America” segment.

“I have the direct number to White House,” she said, “but I no really want to call him there because Melania is there.

“I don’t want to cause any kind of jealousy or something like that because I’m basically first Trump wife.”

And then she laughed.

According to The Hill, Ivana is promoting “Raising Trump,” a new memoir filled with stories about raising Trump’s children. We imagine it’s one part Erma Bombeck, one part The Omen.

Ivana and Trump married in 1977 and divorced in 1992. They had three children together: Eric, Ivanka, and Donald Trump Jr.