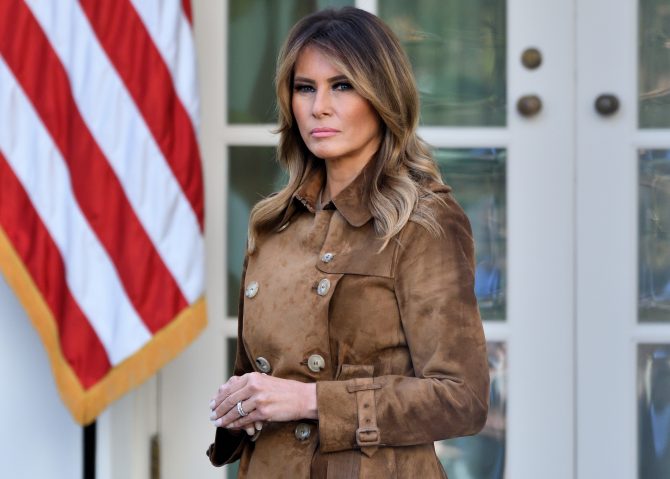 It’s been over five weeks since Donald Trump lost the 2020 presidential election; in another five his time in office will be reaching a close. And while Melania publicly supports his legal strategy to subvert the vote of the American people and remain in office, her private life tells a very different story.

According to one source with close ties to the First Lady, “she just wants to go home.”

Her post-election behavior certainly appears to back up that assessment. She’s been going through the couple’s personal items in the White House, deciding what to put in storage, what to send to the New York City apartment, and what goes to Mar-a-Lago in Palm Beach, Florida.

All the while, the President vows he’ll somehow be winning the election still…by a “landslide.”

On Wednesday night, he popped into a packed White House Hanukkah party to repeat the claim. One guest could be heard coughing and hacking as he addressed the crowd:

The Jewish people have endured a lot over the centuries but always overcame the most impossible situations.

Miracles are possible maybe we'll see one in the near future.

When the same source was asked how the First Lady would react to Trump running again in 2024, they remarked: “That might not go over well.”

To add to the circus, Mrs. Trump appears concerned with her own legacy. Not only has she been discussing the prospect of writing a book — a coffee table book — she took to Twitter Wednesday to celebrate the 2-year anniversary of her “Be Best” campaign promoting “kindness.”