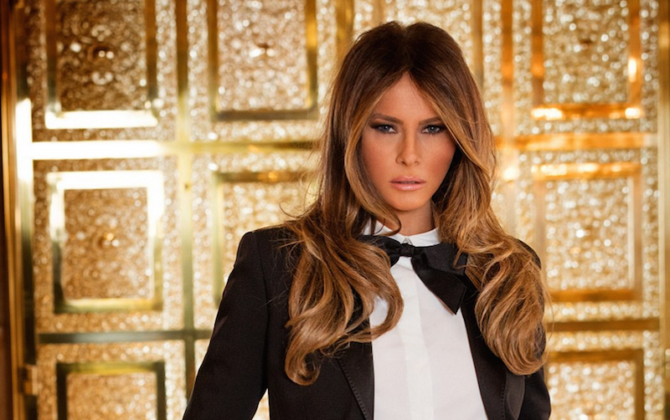 First Lady Melania Trump is determined to squeeze every penny she can out of the Daily Mail after it published an untrue story during last year’s presidential campaign that suggested she once worked as a high-end escort.

New court documents filed by the First Lady’s personal attorney claim she lost out on a “once-in-a-lifetime opportunity” to makes hundreds of millions of dollars because of the bogus gossip report, which was later retracted.

The libel lawsuit claims that, prior to the article being published, Melania was very much looking forward to a “unique, once-in-a-lifetime opportunity, as an extremely famous and well-known person, as well as a former professional model, brand spokesperson and successful businesswoman, to launch a broad-based commercial brand in multiple product categories, each of which could have garnered multi-million dollar business relationships for a multi-year term during which plaintiff is one of the most photographed women in the world.”

But because of those untrue escort claims, that rare opportunity, which was supposed to include a clothing line, accessories, jewelry, cosmetics, hair care and fragrance, was stripped away from her. And that is why she wants the Daily Mail to fork over millions of dollars in compensatory and punitive damages.

Melania also filed a $150 libel lawsuit against blogger Webster Tarpley for reporting on the rumors, but on Tuesday, her lawyer, Charles Harder, said she had settled with Tarpley after he apologized (for a second time) and agreed to fork over “a substantial sum as a settlement.”

“This is a very serious situation where she says she intends to make a lot of money,” he says. “That ought to be repudiated by the White House or investigated by Congress.”

But Melania’s lawyers vehemently disagree. Harder insists “the first lady has no intention of using her position for profit and will not do so. It is not a possibility. Any statements to the contrary are being misinterpreted.”

Oooookay. So what’s this multi-million lawsuit then?

Related: Melania Trump has no plans to live in the White House, but she’s still going to redecorate it