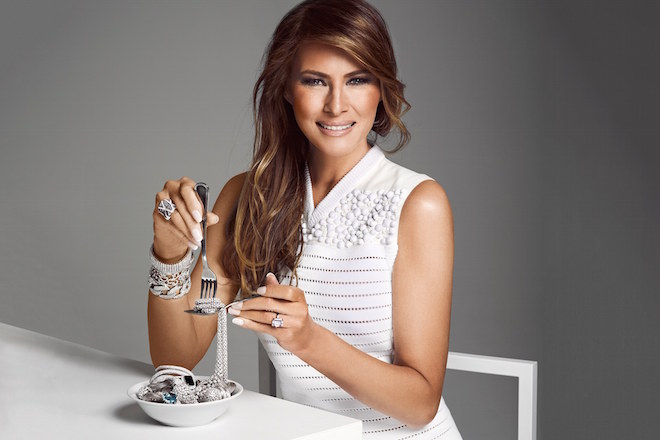 To prove she’s absolutely serious about tackling the problem of online bullying, it looks as though First Lady Melania Trump may be moving forward with her $150 million lawsuit against a blogger, Forbes reports.

During the height of last year’s presidential campaign, Webster Tarpley reported on false rumors that Melania had once worked as a “high-end escort.” He later apologized and printed a retraction. Now, a circuit court in Maryland has ruled that Tarpley’s lack of fact-checking was enough to merit defamation and has granted the First Lady permission to proceed with the case.

Melania’s lawyer, Charles Harder, who is the same guy who helped Hulk Hogan sue Gawker out of existence, argued that Tarpley should have done a better vetting his sources before writing about the untrue rumors on his blog.

“The job of a reporter is to vet it before you publish it,” he said.

“He did not say that Melania Trump was a high-class escort,” she argued. “What he said was there are rumors about that.”

Ultimately, Judge Sharon Burrell sided with Harder. She denied Tarpley’s motion to have the case dismissed, saying: “There can be no more defamatory statement than to call a woman a prostitute.”

“The court finds the plaintiff has stated a claim for defamation,” she added, allowing the multi-million dollar defamation suit to go ahead.