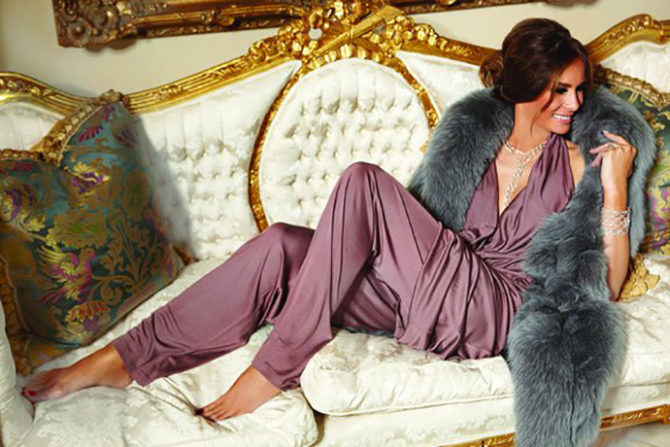 Nobody should have damaging falsehoods printed about them in the media — that seems a fairly reasonable position, with legal recourse an understandable next step. But things get awfully murky when the person suing happens to be the first lady of the United States, and even murkier when those damages include ruining her opportunity to profit off her new public role.

But this is apparently the world in which we live, as British tabloid Daily Mail has just forked over $2.9 million to settle a lawsuit filed by Melania Trump after the publication reported on allegations she provided escorting services early in her modeling career.

Related: Melania Trump claims she missed out on “once-in-a-lifetime” chance to profit off her high profile

The libel lawsuit claimed that prior to the article being published, Melania was very much looking forward to a “unique, once-in-a-lifetime opportunity, as an extremely famous and well-known person, as well as a former professional model, brand spokesperson and successful businesswoman, to launch a broad-based commercial brand in multiple product categories, each of which could have garnered multi-million dollar business relationships for a multi-year term during which plaintiff is one of the most photographed women in the world.”

“This is a very serious situation where she says she intends to make a lot of money,” he says. “That ought to be repudiated by the White House or investigated by Congress.”

In a statement, the Daily Mail said, “We accept that these allegations about Mrs. Trump are not true and we retract and withdraw them. We apologize to Mrs. Trump for any distress that our publication caused her.”

It’s more than a little ironic that Mrs. Trump would appear so very affected by a tabloid article about her early days in modeling when her husband, the president, launched his political career by knowingly spreading undermining falsehoods about his predecessor.

Mr. Trump even said during the campaign that he would, as president, “open up our libel laws so when they write purposely negative and horrible and false articles, we can sue them and win lots of money.”

The first couple has yet to go after all those claims that Melania worked illegally when she first arrived in America, however — that one turns out to be solidly true.