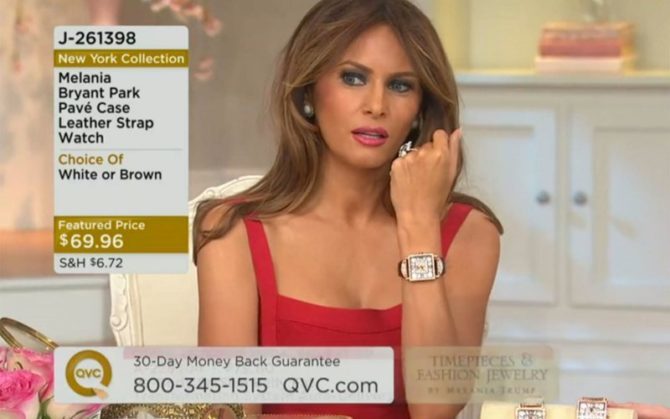 Could the concept of irony finally have caught up with the First Lady?

That might be overly optimistic, but either way her campaign to combat cyberbullying has been quietly dismantled before it ever even started.

If you’ll remember that through-the-looking-glass moment towards the end of the 2016 campaign, Melania Trump vowed to do something about cyberbullying as First Lady, saying with a straight face: “Our culture has gotten too mean.”

She also had this to say to Anderson Cooper shortly after an Access Hollywood tape showed Donald to be a man who brags about sexual assault:

“My passion is the same [as I’ve said in the past]: helping children and helping women. And also, I see now in 21st century, the social media, it’s very damaging for the children.

“We need to guide them and teach them about social media, because I see a lot of negativity on it, and we need to help them. It has some positive effects as well, because this is the life that we live in now. But has a lot of negativity as well. And I see more and more children being hurt by it . . . A lot of bullying.”

Since inauguration she’s basically been in hiding, save for one truly awkward appearance at a hospital, leaving many to wonder what the deal is with her chosen issue.

Well over the weekend, she finally moved into the White House:

Looking forward to the memories we'll make in our new home! #Movingday pic.twitter.com/R5DtdV1Hnv

So now that she’s all settled in, she can start pushing back against cyberbullies, right?

Well, not so much.

A White House official told Politico that the initiative (which was never really an initiative as it failed to actually initiate) has been cast aside.

“While cyber-bullying is something she speaks out against, that is but one subset of her focus around the overall wellness of children,” Grisham wrote.

Only one reaction comes to mind: