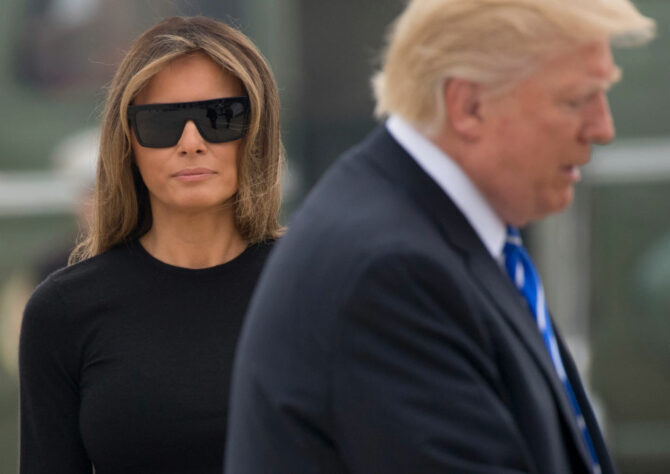 Season one of Showtime’s upcoming “The First Lady” anthology series hasn’t even premiered yet and producers are already thinking about who to feature in the next installment.

The show is being described as “a revelatory reframing of American leadership, told through the lens of the women at the heart of the White House.” The first season focuses on Michelle Obama (played by Viola Davis), Betty Ford (Michelle Pfeiffer), and Eleanor Roosevelt (Gillian Anderson).

Now, Variety reports that producers have already begun talking about who the second season might include, and they’re apparently considering the griftiest first lady of them all: Melania Trump.

During a press conference this week, executive producer Susanne Bier said she wasn’t opposed to featuring Mrs. Trump, saying, “Look, I do think that the series could do with a fun season–so let’s talk about that.”

To which star Gillian Anderson added, “I think the hope is that there’s going to be future seasons and there will be the opportunity to have many, many more first ladies represented. So maybe not just four–but maybe 104.”

We love the idea of seeing several first ladies throughout history brought to life on the screen, but we’re not sure how we feel about reliving anything having to do with the Trump administration.

Not to mention, we can’t imagine a series about Melania Trump would be very interesting. She spent the bulk of her time as FLOTUS hiding from the public, reportedly working on her scrapbooks and bitching about how much she hates Christmas–not exactly a recipe for great television.

We also can’t imagine she’s thrilled by the idea either, considering how intensely private she is and how personally she takes everything. Just last week, she issued a scathing statement accusing the media of being “dream killers” for trying to “cancel” her by accurately reporting on her fake charity.

In addition to Melania Trump, Deadline reports that producers are considering Jackie Kennedy and Hillary Clinton for season two as well. “The First Lady” premieres on Showtime April 17 and will include 10 episodes.