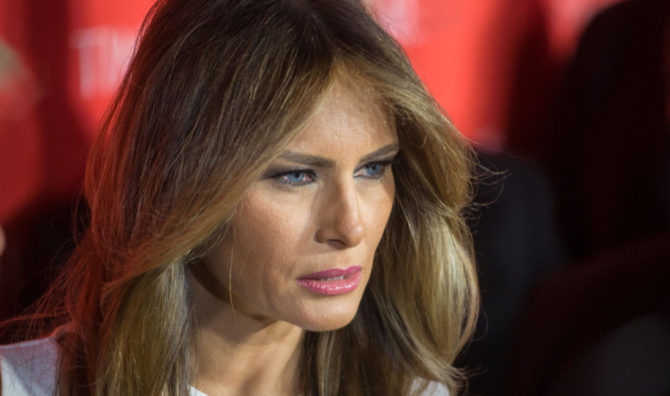 It was wonderful to welcome guests to the @WhiteHouse this evening in celebration of National African American History Month. We look forward to hosting many more events that celebrate our unique and diverse cultures. #BlackHistoryMonth2018

We not even going comment on the fact that she called it “National African American History Month.” Instead, we’d like to remind everyone of the time Mrs. Trump hit the media circuit to peddle the racist Barack Obama birther conspiracy.

In 2011, Melania told Joy Behar, “It’s not only Donald who wants to see [Obama’s birth certificate], it’s American people who voted for him and who didn’t vote for him. They want to see that.”

Weren’t you part of the birther movement?

why are you calling it African American history month

This is your daily reminder that the most educated First Lady in American history was a Black woman. Michelle Obama is the only FLOTUS to hold 2 Ivy League degrees from Harvard and Princeton. pic.twitter.com/2lgknETaKR

Your husband does not know what he is doing.

What do you know about black history? The closest you’ve been to a black person was Omarosa!

Huh? When did we change #BlackHistoryMonth2018 to African American History Month?

Really? When has your husband celebrated diversity? Please, give examples of his celebration of diversity. The “Wall”? “Fine people” in the Nazi march? #WhatIsTrumpHiding #TrumpRussia

What the heck does she do? She goes into hiding when the Stormy Daniels story broke (how’s that going by the way?) and emerges a month later to shake hands with some African Americans at a reception. Laziest First Lady ever.