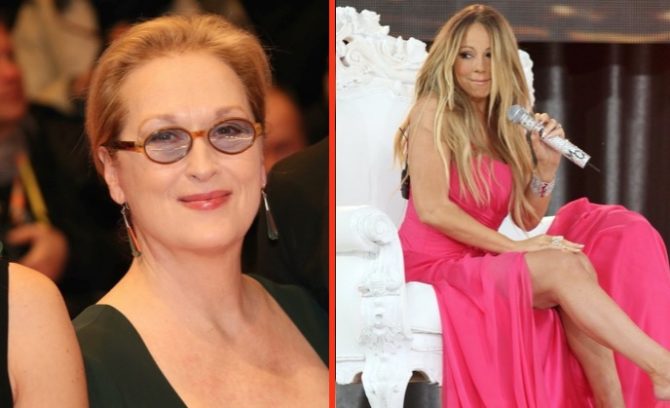 This year’s Golden Globe awards helped to shine a light on a serious power dynamic that has for too long affected not just the entertainment industry, but every facet of society, in every culture.

One actress — one of the world’s most beloved performers — is saying enough is enough.

Related: Oprah is “actively thinking” about running for president in 2020

OK, so maybe Meryl Streep having to navigate Mariah Carey stealing her seat next to Steven Speilberg didn’t exactly tap into the zeitgeist as much as Oprah, but Streep’s response nonetheless deserves to ricochet across the nation.

Quick, someone give her another award.

Carey, who may or may not have been nominated for a Golden Globe herself for 2001’s Glitter (we can’t remember), was schmoozing her way across the ballroom during a commercial break when she was politely instructed to take a seat; the broadcast was about to resume.

Playing the most expensive game of musical chairs ever, she plopped down in the first seat she could find, which was conveniently located right next to The Post director Steven Speilberg.

That’s when Hollywood’s biggest bully, Meryl Streep, came to take back what was hers.

And because she’s obviously not Hollywood’s biggest bully, she decided to plop down in Carey’s lap.

“Stay there, I’ll sit on your lap!” she told Carey, adding to Kimmel: “Because, you know… it looked comfy!”

Carey took to Twitter to apologize, and also give Streep carte balance to steal her seat whenever, wherever: