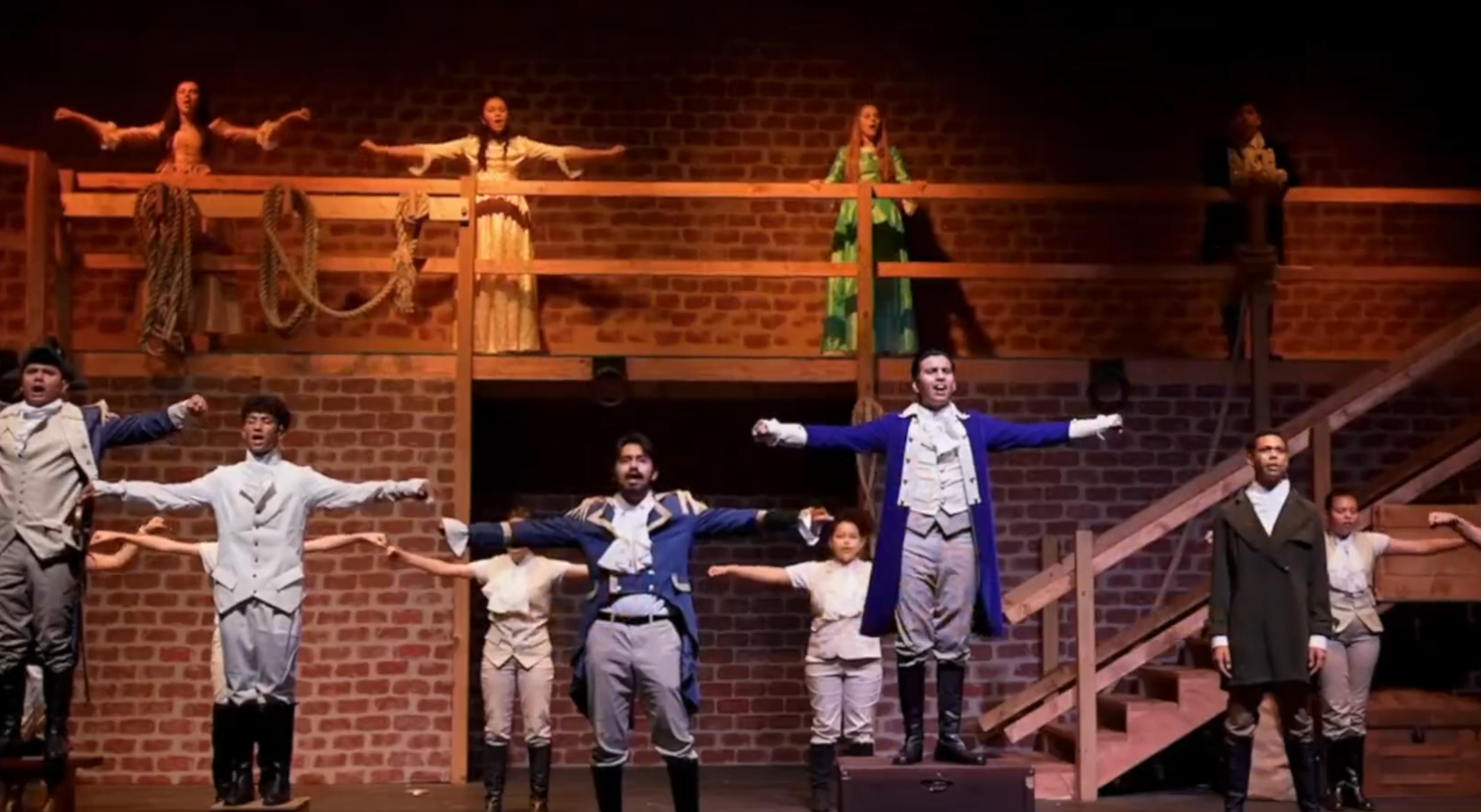 When it comes to this homophobic church’s unauthorized Hamilton adaptation, the show must not go on.

The word “adaptation” is pretty generous, actually. The Door church in McAllen, Texas decide to put on a full stage production of the founding father musical, but jerry-rigged a storyline of the titular character gradually accepting Jesus in there.

Folks on social media caught wind, and the hilariously embarrassing clips of what they dubbed as “Scamilton” blew up. Among the clips was the sermon directly following the show,in which pastor Victor Lopez called homosexuality a “struggle” on par with drug addiction and divorce.

All this attention on the production eventually reached the real Hamilton creators. They were about as happy as you can expect.

Related: This homophobic church’s illegal ‘Hamilton’ show would be offensive if it weren’t so damn funny

Even after a cease and desist on Friday, the church went ahead with a Saturday performance of the show — this time in secret, after marking the whole thing as “canceled” on Eventbrite.

In their following Sunday sermon, pastor Roman Gutierrez assured the congregation that they had permission, saying, “We would like to once again thank the Hamilton team for giving us the license to perform our version of Hamilton.”

As Maury says, the lie detector test determined that was a lie.

The church has now finally apologized for the production and acknowledged that they never obtained any kind of permission:

A post shared by The Door McAllen Church (@doormcallen)

In the statement, the church acknowledged its wrongdoings (copyright-wise, not the homophobia). The promised to destroy all recordings of the show they could find, as well as pay damages to the real show’s team.

Related: Is the world ready for Prince Andrew: The musical?

In addition to reiterating that they never granted any permissions, the Hamilton team assured folks that they could not disagree more with the church’s discriminatory views.

In a statement to USA Today, a spokesperson stated, “The Hamilton family stands for tolerance, compassion, inclusivity and certainly LGBTQ+ rights.”

In an extra-classy move, the team has already pledged all damage payments from the messy musical to to the South Texas Equality Project, which supports LGBTQ people in the McAllen community.