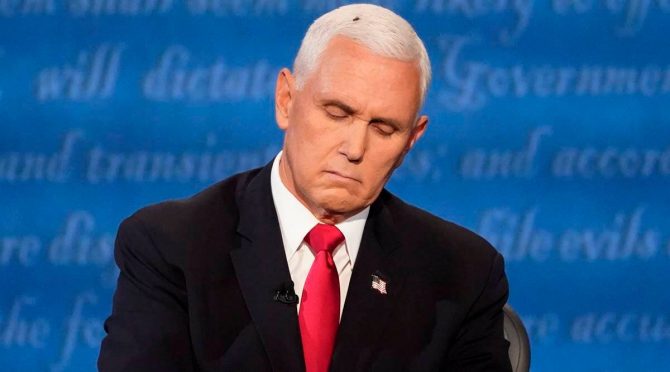 Three months and one day after his former running mate incited an insurrection on the U.S. Capitol, Mike Pence has officially crept out of the sewer to mount his political comeback.

The one term VP just announced the launch of his new PAC, which many believe is him laying the groundwork for a 2024 presidential run.

Related: Mike Pence is teaming up with two different antigay hate groups because of course

The group plans to lobby for legislation at both the state and federal level, ranging from foreign policy issues to “religious freedom” and other constitutional matters. And, of course, to push back on everything President Biden tries to do because obstruction is what the modern GOP seems to do best these days.

“Conservatives will not stand idly by as the radical left and the new administration attempt to threaten America’s standing as the greatest nation in the world with their destructive policies,” Pence says.

Excited to launch @AmericanFreedom, an advocacy organization that will defend and build upon the successful policies of the Trump-Pence Administration. AAF will help defeat the Radical Left Agenda and Advance American Freedom for generations to come! ?? https://t.co/tnR04lTCXb

Since leaving D.C. back in January, Pence has teamed up with two antigay organizations, the Heritage Foundation and the Young America’s Foundation, to spread his special brand of hate and propagate a whole new generation of homophobes.

Later this month, he is scheduled to give a speech at a fundraiser for the antigay hate group Palmetto Family Council.