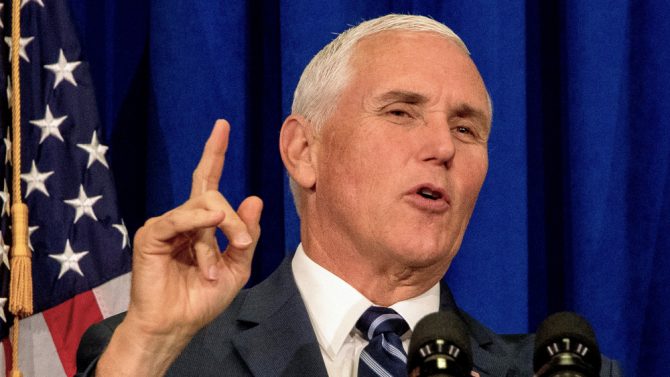 The White House has begun picking and choosing which media outlets can have access to the nation’s top health officials and which ones need to start treating Trump more nicely, mainly by giving him free on-air time to promote himself.

Vice President Mike Pence‘s office reportedly told CNN this week that it wouldn’t give the network access to the nation’s leading coronavirus experts until it started airing Donald Trump’s daily coronavirus briefings in their entirety every day.

“When you guys cover the briefings with the health officials then you can expect them back on your air,” a Pence spokesperson told the network in response to its request to interview Dr. Deborah Birx or Dr. Anthony Fauci.

Evidently, Pence’s office isn’t familiar with the whole “freedom of the press” thing outlined in the First Amendment of the Constitution that states the government can’t tell the media how to do its job, including demanding what it does and does not cover.

Pence’s office has been handling all media bookings for health officials during the pandemic. Over the last week, NBC, CBS, ABC, and, of course, Fox News have all been granted access to Fauci, Birx, FDA Commissioner Stephen Hahn, and Surgeon General Jerome Adams. But CNN, it says, cannot have them.

Pence’s office, which is responsible for booking the officials on networks during the pandemic, said it will only allow experts such as Dr. Deborah Birx or Dr. Anthony Fauci to appear on CNN if the network televises the portion of the White House briefings that includes the vice president and other coronavirus task force members. CNN often only broadcasts President Donald Trump’s question and answer session, which sometimes includes the health care officials, live on-air. After Trump leaves the podium, CNN frequently cuts out of the White House briefing to discuss and fact-check what the President had said.

In January, before this coronavirus thing has really taken off in the United States, The Washington Post reported he had made more than 16,000 false or misleading claims so far during his tenure as president, averaging about 14.8 lies per day.

Trump is also a three-time winner of the watchdog group PolitiFact’s “Lie of the Year” award, taking home the top prize in 2015, 2017, and 2019. He lies so much that there’s an entire Wikipedia page devoted to the “veracity of statements by Donald Trump.”

The fact that the White House is denying the press access to the nation’s health experts during a time of crisis is, of course, appalling, but it’s not the least bit surprising. It falls in line with Trump threatening to withhold life-saving ventilators from blue-state governors unless they started saying nicer things about him to the media.