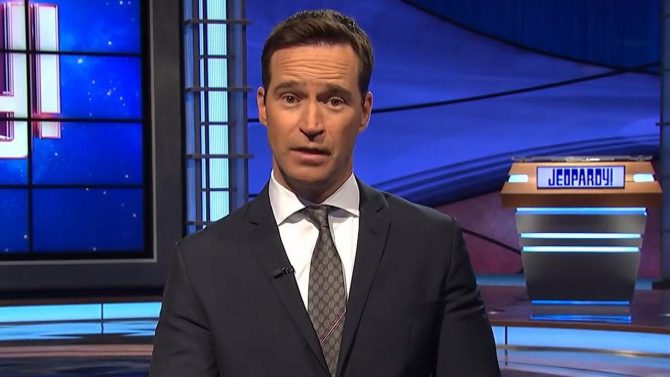 Nine days after announcing he would replace the late Alex Trebek as permanent host of Jeopardy!, Mike Richards is stepping down from the gig following a bombshell report published by The Ringer that resurfaced old episodes from his podcast in which be made all sorts of misogynist, anti-Semitic, anti-Asian, classist, and fatphobic remarks.

“It pains me that these past incidents and comments have cast such a shadow on Jeopardy! as we look to start a new chapter,” Richards, who served as executive producer of the popular game show before announcing he was taking over as host, said in a statement released this morning.

“I want to apologize to each of you for the unwanted negative attention that has come to Jeopardy! over the last few weeks and for the confusion and delays this is now causing. I know I have a lot of work to do to regain your trust and confidence.”

Related: Everyone, including Alex Trebek, is crying over last night’s emotional episode of ‘Jeopardy’

Among the remarks Richards made on his podcast, which he hosted from 2013 to 2014 and which has since been scrubbed from the internet, were jokes about people who look “frumpy and overweight” in swimsuits, interrogating a female guest about whether she had any nude photos and if he she had pictures of her “boobies,” laughing about Jewish people’s noses, and disparaging people for being on employment.

Many people were already unhappy about Richards being selected as the new permanent host, feeling he unfairly leveraged his position as executive producer to handpick himself for the job over guest hosts like Anderson Cooper, Robin Roberts, and fan favorite LeVar Burton.

Jeopardy! will resume its guest hosting system while Sony Pictures Television looks for a replacement for Richards.

Here’s how Twitter has been responding to Richards’ ousting…

Mike Richards is really out here acting like no one knew better than to say these things in 2014. https://t.co/NLrRT0JAxg

Shorter Mike Richards: While I regret that my past behavior is preventing me from using my whiteness to front Jeopardy! rest assured that I will continue working behind the scenes to limit opportunities for women and minorities.

My favorite part of the Jeopardy story is all of the folks acting like Mike Richards is the first underqualified white guy with skeletons in his closet to be hired over a bunch of better qualified people.

Mike Richards thinking he can just slink back to his EP job after saying and doing what he did is peak white privilege.

What about the guy who hired him, Mike Richards?