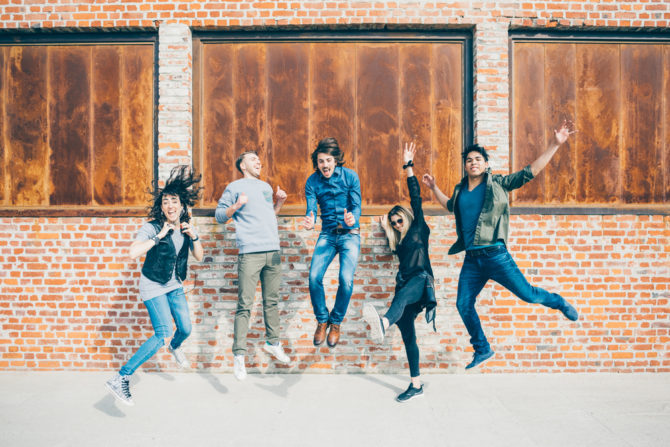 This just in: Millennials are some of the queerest of the queer. A new survey finds 20% of Americans between the ages of 18 and 34 these days identify as LGBTQ. 20%! That’s, like, one in five.

Over 2,000 people across the country participated in the online survey, which was conducted by GLAAD in conjunction with Harris Poll. The survey found that 18-34 year olds are significantly more likely to identify with a label that falls outside of the usual heteronormative majority.

Here’s a roundup of the findings:

GLAAD’s Sarah Kate Ellis says that, despite our current political climate, the study “shows a remarkable new era of understanding and acceptance among young people, an inspiring indication of the future.”

“Though laws can be unwritten, hearts and minds in America have been changed for the better,” Ellis says, “and that is a reality less easily unraveled.”

This new survey is just the latest indicator of a queering of America, and the world. Last year, a report by the trend forecasting agency J. Walter Thompson Innovation found that a little less than half (48%) of Generation Z kids (ages 13 to 20) identified as exclusively heterosexual. And U.K. study from the year before found 29% of young British people identified as bi.

Related: 48% of Millennials say they prefer to have sex before the first date, study finds