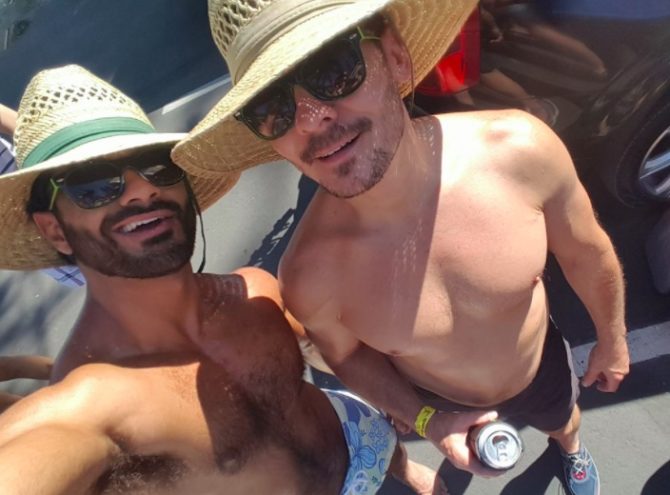 Adult film star Alkoraishie Ali, who performs under the name Ali Liam, is in police custody after disappearing for nearly a week after his boyfriend was stabbed to death in San Francisco.

48-year-old Keith Harris was murdered inside his apartment in Hayes Valley last Wednesday. He was discovered by his building manager, who went to check on him after Harris had not been seen for a couple of days.

When he knocked on the door, there was no response, so he unlocked it and went inside. Upon stepping into the living room, he found “big drops” of blood “on the floor and smears of blood on the wall and the door going into the bathroom,” he said.

Police were unable to find 26-year-old Ali for nearly a week. They’ve since located and arrested him. He is currently being detained in an involuntary psychiatric hold at San Francisco General Hospital as he awaits transfer to jail.

His brother, Ammar Aliraqi, lives in Baghdad and says the family has not been in contact with him for nearly a month. The last time they spoke to him, however, Ali said he wanted to kill himself because he missed his mother.

One of Ali’s colleagues, entertainment director called Jennifer St. James, says the last time she saw him was the weekend before the murder. She describes him as “if not depressed, a little out of sorts.”

“He kept talking about wanting to go home, but he couldn’t go home,” she recalls. “He wanted to see his mom.”

Ali is being charged with first-degree murder.