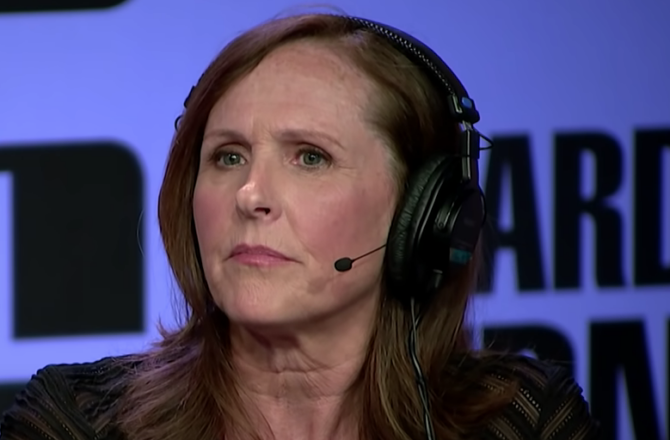 Actress and comedian Molly Shannon is opening up about learning her father was a closeted gay man.

The Saturday Night Live alumna only discovered the truth about her father, James Shannon, shortly before his death.

She writes about the experience in her new memoir, “Hello, Molly!”, and spoke about it this week on The Howard Stern Show.

“I felt so much compassion,” she said. “Kind of the pieces of the story all coming together. It’s tragic.”

The truth began to emerge in 2001, when James Shannon visited New York City as Molly was wrapping up her six-year run on SNL. She said he was out drinking and met a “straight college boy,” then showed up with the man at her West Village apartment.

She was upset since her father had been sober for a few years, and made him stay in a hotel. Afterwards, she called her manager, Steven Levy, who is gay and had become close with James over the years.

“I think he had tried to tell my mom before that,” she added. “He said, ‘I saw this psychiatrist, and the psychiatrist told me I’m a latent homosexual,’ and she said, ‘Oh, that psychiatrist never should’ve told you that.'”

“I just one day asked him by the pool, ‘Have you ever thought you might be gay?'” she said. “And he just said, ‘Most definitely.'” He died about six months later.

Michael Shannon had long struggled with alcohol abuse — he was drunk when he got into a car crash when Shannon was 4 that killed her mother, younger sister and cousin.

Molly began to think differently about the drinking after learning his secret.

“So of course you’re going to drink,” Shannon said. “Imagine if you couldn’t be who you were sexually. It’s horrible.”

In a separate interview with NPR, Shannon said she asked her father when he first knew he was gay.

He also told her he met men for sex while on sales trips and at truck stops.

“And I was happy for him,” Shannon said. “And it was such an honor that he came out to me. And I think it was a relief for him to be able to tell me.”