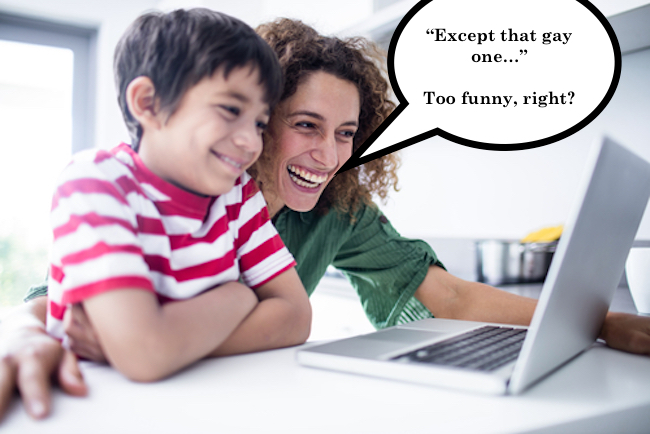 It’s a story practically as old as time itself: A staunchly liberal young woman spends her life dreaming of having her very own gay son; watching him take those first tenuous steps across the living room floor to eventually become an all-out voguing ninja; a master of the modern-day read; extremely muscular, and sexually versatile if she has any sway in the matter.

Try as she might to persuade him with Auntie Mame perpetually looping on the laptop and Porgy & Bess blasting in the living room ’til all hours, her son eventually reveals himself to be a regular heterosexual man. She’s devastated; has a hard time even looking him in the eye. Was it something she did? Didn’t do? Was there a mix up down at the hospital?

Such is the plight of a young man who writes into Reddit with an improbable quandary.

“My mom was a very progressive liberal,” writes Nicaraguaa.

“She desperately wanted a gay son. Eventually she made me believe i was gay and through that, i was in a gay relationship for 6 years as someone who is straight….

Eventually she made me believe i was gay. At one point i knew i wasn’t but felt like i had to keep it going. Finally i moved away.

I do not believe my mothers actions are reflective of her being a liberal. This post is in no way meant to be political.”

A few more pertinent details: At his mother’s behest, he dated another male from the ages of 12 to 18.

“She convinced me that i wanted to have sex with someone i wasn’t attracted to,” he writes. “His parents assumed i was gay. They were super nice to me and treated me like a son.”

Asked by fellow Reddit user LitlleCRO-, “Did you take it backstage?”, the original poster replies, “Yes.”

So… how to break it to mom that he’s straight? Or should he avoid the subject altogether?

Redditors were quick to chime in with their own two cents.

“I guess you could always say you think you might be bisexual,” says virnovus. “I can’t imagine she’d feel THAT disappointed.”

“Given that this started at a young age,” says ChemicalRascal,“I’d  suggest seeking someone professional to talk about this to, if you haven’t already.”

“There’s no shame in getting help for this sort of stuff, because it can (not strictly does, but can) keep being a problem for you otherwise.”

“Seriously though,” says  virnovus. “I think that once she realizes that imposing her own wishes on you isn’t really any different from how parents who DON’T want their kids to be gay is, she’d probably get over it.”

“Plus, you have the benefit of being able to tell her than you think you’re bisexual, if you want to break the news to her more gradually.” 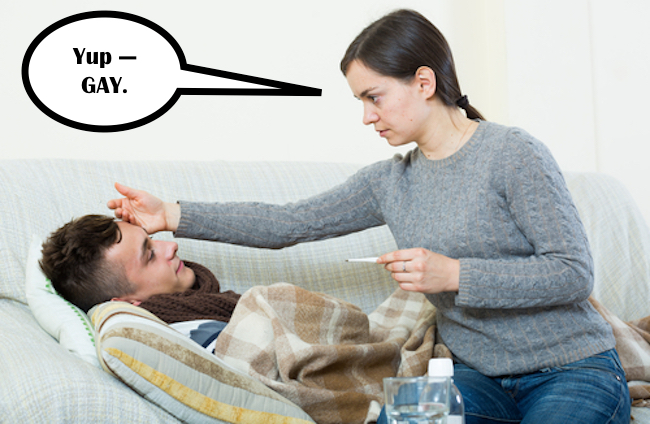 “Parents have an incredible amount of say when it comes to their child’s personality,” says unmuscular_michael, “and in my opinion it’s tantamount to child abuse.”

“I am glad you can see this now for what it is, either fairly straightforward projection or Munchausen by Proxy.”

“My mother also pushed stuff on me to unhealthy degrees, even going so far as to essentially gaslight me to convince me that I had subconsciously blocked out/altered certain memories.

Parents can really have as much or as little influence over their children as they want. And if they want a lot of influence, they give themselves the power to basically brainwash you.

It’s almost like being part of a cult from birth, and it can really, really confuse you. I’m trying to think of an analogy and I can’t, but it’s really not something that you can fully understand unless you’ve been through it, I think.”