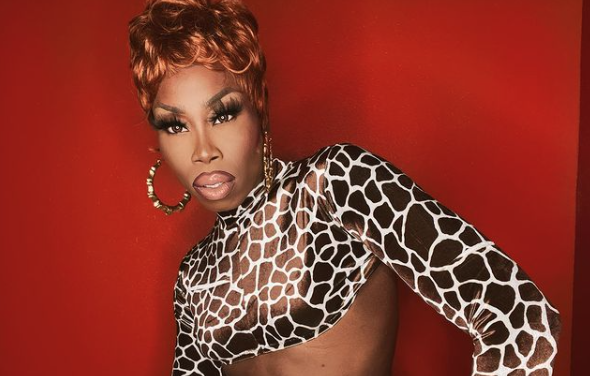 Kevin Richardson, better know by his stage name Monique Heart, won the hearts of drag fans the world over as a competitor on season ten of RuPaul’s Drag Race and season four of All-Stars, where she was a finalist. And she sent jaws dropping in 2020 when she shared her unique coming-of-age story.

While chatting with Johnny McGovern on the digital talk show Hey Qween!, Heart revealed that her mother enrolled her in conversion therapy just after she came out of the closet. The pair even relocated from New York to Missouri as part of the “treatment.”

“I moved to Kansas City in 2008,” Heart said, “and I enrolled at the International House of Prayer, where they do 24/7 prayer…I was like ‘I struggle with homosexuality,’ and they call it ‘SSA,’ Same-Sex Attraction.”

Heart spent six months in the program before going on to lead an intensive breakout group called “Living Waters.” That’s when things finally started to change.

“The last time I was leading the group,” she recalls, “my best friend Junior had broken up with his girlfriend… He was like, ‘I’m at a breaking point. I’m going out to the club. You wanna go?’ And this was like Monday night after praying the gay away. I was like, ‘Yeah, I’m going!'”

She added, “So sure enough, for like six months I would pray with the homos, and then me and my friend would go to the gay bar afterward.”

“It was horrible,” Heart concluded. “I mean coming out is not easy, but it was amazing to be in a room with other people who identified like you, and I had never had that experience, so it was just transformative in a way.”

Heart’s candid account of that difficult time in her life no doubt helped some struggling LGBTQ youth out there feel a little less alone. We’re proud of anyone who can overcome such overwhelming obstacles to achieve the kind of personal confidence she exudes both on and off the stage. More incredible, still, is the willingness to talk about it so freely and hopefully lessen the burden for others.

Scroll down for some pics from Heart’s Instagram page…