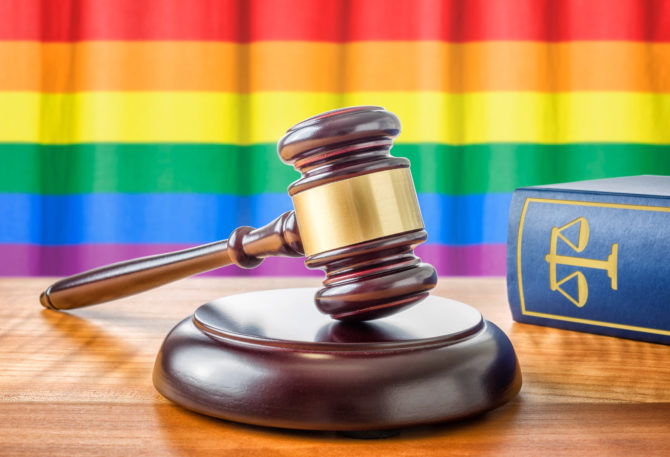 Eyes have turned to Montana, as a federal judge in the state will soon rule on removing citizens convicted of having consensual gay sex from the state’s sex offender registry.

The decision hinges on the case of Randall Menges, an Idaho man convicted of sex offenses in the state when he was 18 years old, NBC affiliate KPVI reports.

In 1994, a court convicted Menges of criminal sex offenses after he was discovered having sex with two male 16-year-olds. Though a police investigation found that the sex acts were consensual, Menges received a prison sentence, probation and was required to register as a sex offender.

Now 45, Menges has filed suit against Montana, arguing that the state violated his rights as it has no current prohibitions against gay sex. Such antiquated sodomy laws were overruled in 2003 in the landmark Supreme Court case Lawrence v. Texas.

However, Montana currently has a law that requires registered sex offenders from other states to register as offenders in Montana, regardless of the facts of the case. Matthew Strugar, the attorney for Menges, argues that the requirement is unconstitutional, as sex crime laws vary from state to state, and Menges was wrongly convicted because of systemic homophobia at the time.

“This case involves the lingering effects of centuries of homophobic ‘sodomy’ prohibitions,” Strugar wrote in the original complaint.

The news comes as Menges has joined the American Civil Liberties Union in a federal suit against the state of Idaho in hopes of having his original conviction overturned.