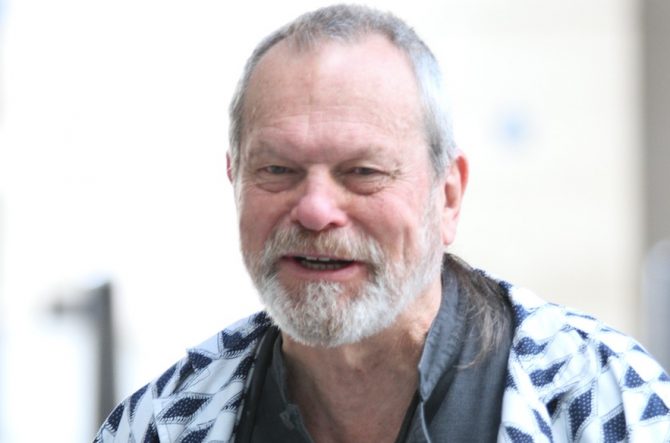 Terry Gilliam is an illustrious talent: a renowned animator, a member of the surreal comedy troupe Monty Python, and the Golden Globe-nominated director of The Fisher King and Brazil.

But the dude just could not stop airing offensive opinion after offensive opinion in a recent interview with The Independent — defending white men, identifying as a “black lesbian in transition,” and criticizing the #MeToo movement. Read on for lowlights from the interview…

Related: Straight white rapper releases song about how oppressed he is

On white men: “I understand that men have had more power longer, but I’m tired, as a white male, of being blamed for everything that is wrong with the world. [Holding up his hands] I didn’t do it!”

On his identity: “When I announce that I’m a black lesbian in transition, people take offense at that. Why? … Why am I not? How are you saying that I’m not? … You’ve judged me and decided that I was making a joke. … I’m talking about being a man accused of all the wrong in the world because I’m white-skinned. So I better not be a man. I better not be white. Okay, since I don’t find men sexually attractive, I’ve got to be a lesbian. What else can I be? I like girls. These are just logical steps.”

On Hollywood: “Hollywood is full of very ambitious people who are adults and they make choices. We all make choices, and I could tell you who did make the choice and who didn’t. I hate Harvey [Weinstein]. I had to work with him and I know the abuse, but I don’t want people saying that all men… Because on Fisher King, two producers were women. One was a really good producer, and the other was a neurotic bitch. It wasn’t about their sex. It was about the position of power and how people use it.”

On #MeToo: “We’re living in a time where there’s always somebody responsible for your failures, and I don’t like this. I want people to take responsibility and not just constantly point a finger at somebody else, saying, ‘You’ve ruined my life.’ … Yeah, I said #MeToo is a witch hunt. … I really feel there were a lot of people, decent people, or mildly irritating people, who were getting hammered. That’s wrong. I don’t like mob mentality. These were ambitious adults.”