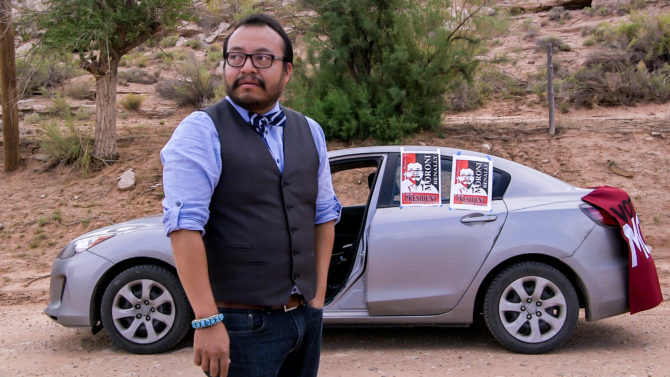 Moroni Benally is a college prof and former Navajo Nation openly gay presidential candidate. Though he was not elected, he was undeterred: In fact, he’s doubled down on his Native American and queer advocacy.

Queerty scored a few minutes to chat with Benally about his pet causes, the film and his hopes for the future.

So I guess the logical place to begin: How do you get hooked up with a documentary crew when you’re running for President of the Navajo Nation?

I had decided to run for President of the Navajo Nation. It must have been summer 2013. I had just started teaching at Evergreen State College. I made an announcement. With Navajo politics, that’s almost unheard of, to announce a year before the election. But I did it anyway. These two filmmakers [co-directors Saila Huusko & Jasper Rischen]–well actually they were at graduate school—Columbia University School of Journalism. So they had decided they wanted to do their project on the Navajo Presidential Election. So from what I understand, they just went online to see who the candidates were.

And since I was the only one that had announced, they decided to get a hold of me. Also, unbeknownst to me, they did some background work on who I am and found out that I had done some work with sexual identity in the Mormon church and LGBT symposium. So they found out oh, this guy isn’t just a professor, he’s gay, he’s Mormon, he’s running for president. So I got an email one day. And I read the email, and it took a week or so for me to respond to it. And it took me another six weeks-month and a half of going back and forth with them to just kind of make sure that they had framed indigenous life away from sort of standard tropes, stereotypical tropes. Also, [I was] hoping they could capture the complexity of indigenous queerness, the two-spirit aspect. In Navajo, they call it Nádleehi. It was a long back and forth, but eventually, I acquiesced, about February 2014. And the cameras showed up in March.

So one thing the film makes clear is that the Navajo Nation suffers from many of the same things other states do. You also encountered some of the same frustrations that many candidates encounter with the voters. They want balloons and candy, not issues.

Did you think as an out-gay man you would win? Or were you more hoping to affect change just by running?

Obviously, I think anyone who decides to run for office wants to win. I was a bit more practical in approaching it. I wanted to affect the political discourse. I wanted to affect some kind of change, and eventually, it just kind of became a protest candidacy. I really wanted to highlight how standard status quo politics was really holding the Navajo Nation back. And really, that’s a reflection of national, broader politics as well. I was very careful about not talking publicly about my being gay, in part, just out of concern for my parents. But also it would have foregrounded every policy discussion I would have had on the campaign. Because that was everything the Navajo would have wanted to talk about, and I would have been immediately dismissed.

So, something weird within the Navajo Nation is you can be gay as long as you don’t say you are. But everyone knows you are. 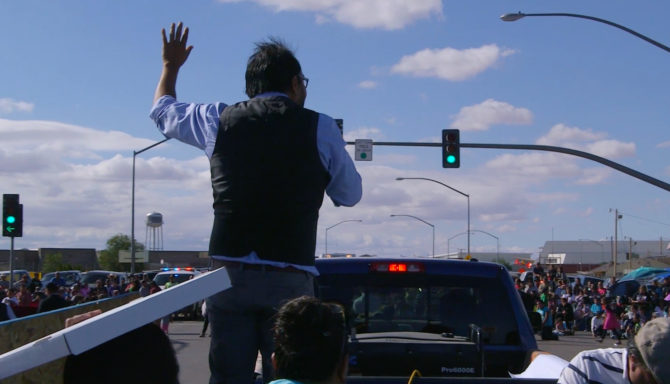 They won’t attempt to dismiss you or your work if you don’t say anything, but if you do, that becomes the focus of your attention. So I played that very carefully. Mid-way through, I wanted to affect change and show how the Navajo Nation was disproportionately affected by all these ills: unemployment, high rates of morbidity, an economy that’s just not working. 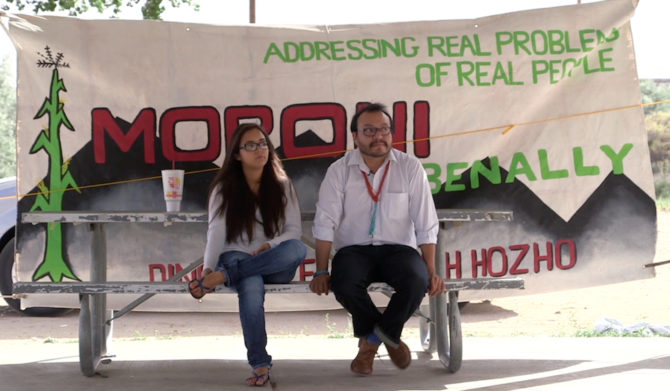 I’d always heard that Native Americans, in general, were far more accepting of LGBTQ people than European-American culture. The film really dispels that notion. Where does that attitude come from?

Right. I think that’s part of the genius of the filmmakers—their ability to sort of situate indigenous sexuality in this really complex, sort of chaotic existential state. What I mean by that is they were able to show the viewer these ideas that we hear about how Native Americans have historically viewed the two-spirit or gay or Nádleehi in these very honorific ways, but as a result of colonization that has shifted and changed. So at one point, [a Navajo mother of one character] refers to it as a “no-no,” I think is what she says.

But then you have others who say, “the Navajo tradition says this.” So I think it’s a product of colonization. A lot of these people who are now the cultural authorities of Navajo tradition are a product of boarding school. They were Christianized. And then a lot of these Christianized beliefs that marriage is only between a man and a woman were thrust upon the Navajo around 1870-1880. They were indoctrinated with these western notions. And that’s what I really like about this film. It didn’t attempt to sensationalize or stereotype indigenous peoples or their lifestyle. It just showed how messy identity politics can be.

The film deals with intersections of faith, race, heritage, cultural identity. You were raised Mormon, and  have a lot of affection for much of the faith’s traditions. What’s your relationship with the church like today? Are you still a person of faith?

That’s a complicated question. I hold no animus at all toward the church. I’m friendly toward them. I would consider myself a cultural Mormon and in terms of faith. I don’t know if I’ve thought that through enough to give you an adequate response.

You care about the future of the Navajo Nation. What are your political aspirations for the future?

I’m working with an organization called Restoring Ancestral Tradition. We’re doing work on murdered and missing indigenous women, and violence against the queer native population. So that’s the work I’m doing now. But running for public office in the Navajo Nation is still on the agenda, but it’s a few years away.