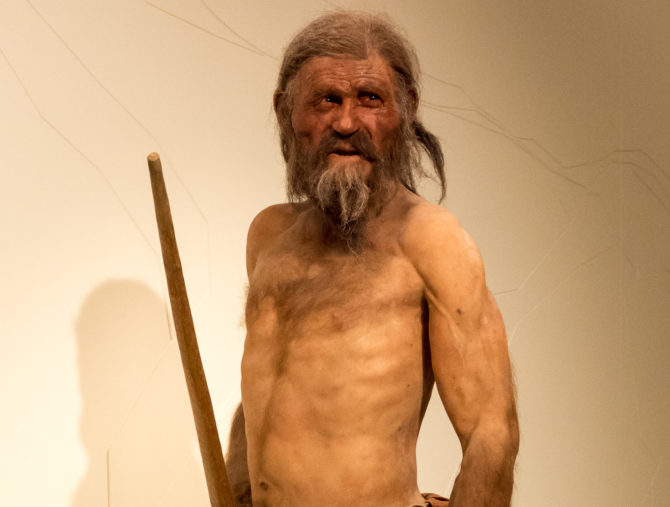 In a withering blow to seekers of bottom history, reports a mummified man discovered in the Italian Alps had semen in his rectum have proven false.

Otzi the Iceman–so named for the region of Italy where he was discovered–reemerged in 1991 after spending more than 5000 years covered in ice. His sub-zero surroundings preserved his body, making him one of the most important archeological finds in recent history. Discovery of his remains captured international attention for what science could learn about early human history.

The problem? The initial report about Otzi having semen in his rectum began as an April Fool’s Joke by the Australian magazine Lambda. It, unfortunately, made it into the mainstream press where the story gained traction without other publications realizing its humorous origin. Complicating matters, when scientists analyzed the contents of Otzi’s stomach, they discovered residue from seeds, which some reporters took as code for semen, or mistranslated as such.

Now a spokesman for the South Tyrol Museum of Archaeology in Bolzano, Italy has decried the reports as fake news.

“The article you cited is fake news,” the spokesperson said. “Sperm biodegrades very quickly in the body and is, after 5,000 years, definitely not detectable. The assumption that the Iceman could have been gay, goes back to an April Fool’s article.”

The news may come as a giant disappointment for anthropologists wishing to trace a history of bottoming. Even if Otzi didn’t bottom, we’re pretty sure that plenty of other men of the time did. We’d love to know what they used as a lubricant.