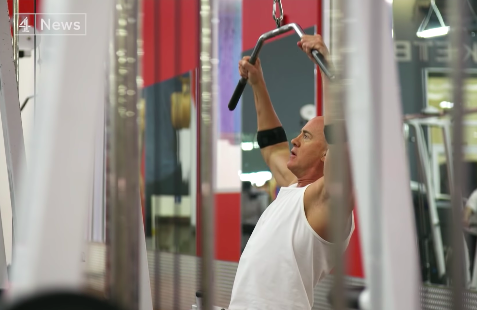 David Matheson, a.k.a. “the Intellectual Godfather of Conversion Therapy”, spent 20+ years and made thousands and thousands (and thousands) of dollars trying to steer gay people into repressing their true feelings. That is until last month when he announced he’s giving all that up to “pursue life as a gay man.”

Now, in a new interview with Channel 4 News, 57-year-old Matheson says flat out that gay conversion therapy has “a great potential for harming people” and “should be stopped.”

“I repudiate the idea that therapy can and should be used to change a person’s sexual orientation because it just can’t,” he says.

“I think back on things I created and I want to crawl into myself, because I there’s a sense of, oh my gosh, I used to think that was a good idea.”

Matheson, who was married to a woman for over 30 years, first began offering counseling to men with “unwanted homosexuality” after receiving his Masters of Science degree in Counseling and Guidance from Brigham Young University in 1996.

In 2004, he opened a full-time gay conversion clinic in New Jersey, where he charged $240 for a 90-minute session. And in 2013, he self-published the book Becoming a Whole Man, a guide for dealing with “unwanted homosexuality.”

“It is horrifying to think that I was part of a system that held people like me down and I’ve had some conversations with other people who have been harmed by it,” he says. “It creates a lot of sorrow.”

Asked whether he regrets what he did, Matheson says, “I do regret my part in propagating that view because I was in a sense kind of an agent of a repressive culture and that makes me really uncomfortable.”