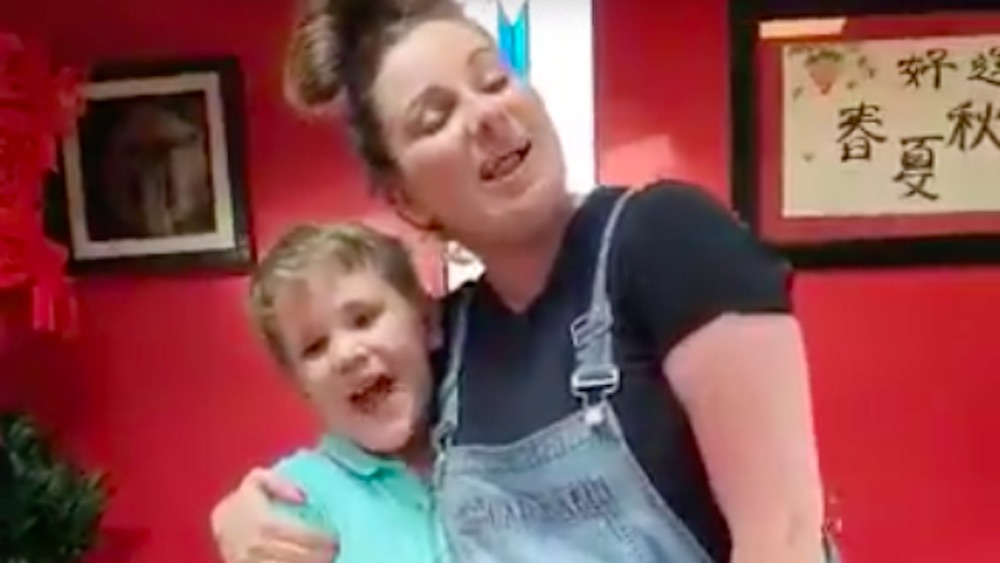 On Tuesday, an England-based musical teacher named Jacqueline Hughes wrote about a young student of hers named Charlie who had gotten bullied and beaten up by hateful students at her school. The bullies called him “gay, fat and stupid.”

Industry friends I need a wee favour. Sadly a little boy I teach, Charlie, who is also a dear family friend is sadly being bullied at school for his love of MT, being called gay, fat, stupid….the list goes on. Today he was beaten up by 6 boys and left curled up, crying.

I know many people face bullies everyday and many have in their lifetime. But I wondered if you wouldn’t mind, if you have time sending me a little video to cheer him up, maybe some advice, your own stories, how you didn’t let them stop you, what you are doing now.

Cast members of musicals like Aladdin, Hamilton, Wicked, Mama Mia, Book of Mormon, Come from Away, The Lion King, Kinky Boots and Everybody’s Talking About Jamie all sent videos to Charlie, and the hashtag #cheerupcharlie was trending in the UK yesterday.

Here are a few of the videos:

Charlie! ? Sending you love from everyone here at Come From Away! ?? pic.twitter.com/Bpcy1Cr5LT

Charlie, the @bookofmormonuk cast are thinking of you today! Stay strong, you’re part of the most wonderful community in the world! Xxxx pic.twitter.com/7mgaTSQws1

Here’s her teary-eyed video thanking the casts for their kind messages of support:

She also met up with Charlie to send thanks and sing Elton John‘s 1983 self-respect ballad, “I’m still standing.”