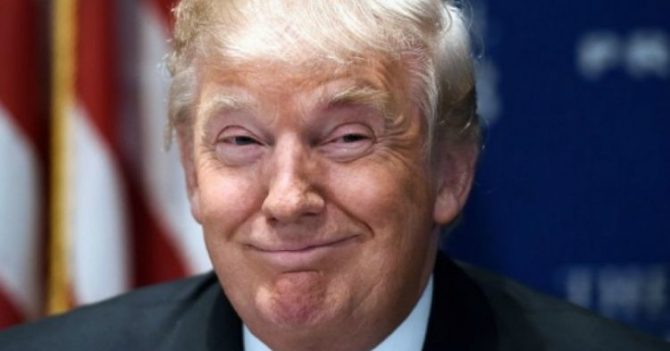 Ahmet Demirici (not his real name) is a 20-something, gay, Muslim man originally from Turkey but living in the U.S. He recently graduated with an MA in International Relations and is now looking for work, with his eye on joining the U.S. Army Reserve. He’s also an unapologetic Trump supporter.

In a truly bizarre new interview with the Independent Australia of all places, Demirici, who says he prefers to date white Republican men and whose favorite media outlets are Breitbart News, the Daily Caller, and Fox News, explains why he supports an administration that absolutely does not share the same feelings towards him.

Related: LGBTQ Trump supporters complain about being “excommunicated” by peers

“I come from an Islamic background, yes, and my parents and entire family self-identify as Muslim, true,” he says. “I believe in and love God, and hope for salvation through good deeds.”

He calls Trump’s inauguration speech, particularly the part where he mentioned wiping out Islamic terrorists, “amazing” and a demonstration of “pure power,” bringing “tears to my eyes.”

“The confidence to say such a thing! The audacity! Whether someone believes in a religion or is an atheist, it’s still hard to listen to that phrase without sensing the strength and power of the man who could make such a claim in front of the world.”

Hmmm. We’re not sure the rest of the world, let alone the majority of Americans, see it quite the same what, but we digress.

Demirici says he supports Trump’s unconstitutional Muslim ban because “I know a lot of people who should not be here,” adding that “my family came here at great cost to escape Islamism, and I’m not going to sit here idly while the West becomes Islamized and turns into the very shithole we escaped thanks to liberals.”

“Yes, I hate Islamists,” he continues. “You can quote me on that, too. I. Hate. Muslims. I hate Islamists with a passion. I think the U.S. Government is justified in finding them and tracking them down.”

OK! We got it! You hate all people who belong to the same religion as your family. Let’s move on…

Related: Hello from across the aisle: Meet Emma, a transgender woman who voted for Trump

As for the threat to LGBTQ rights posed by Donald Trump and Mike Pence, Demirici, naturally, isn’t too concerned about all that.

“We are already equal under the law,” he says. “What right do white cis heterosexual men have that I don’t? … Donald Trump himself has said gay marriage is here to stay. What more must the man say? He is even in favor of tranny bathrooms, which is even too left for me.”

He adds: “Now, gay rights is a right-wing cause here, because only the Right wants to protect us from Islamism and the left is obsessed with disarming us.”

Oh, and as for Trump’s cabinet, which is, so far, made up almost entirely rich, white, heterosexual males, Demirici says people need to stop being “racist and deplorable” and look a little more closely.

“Donald Trump is a pragmatic man who has chosen only the best for his cabinet, without considering race (in my opinion),” he says. “Ben Carson (black) and Peter Thiel (gay), Nikki Haley (Indian) and Kellyanne Conway (female) are all examples of this merit-based diversity.”

“I am happy about the cabinet picks,” he concludes. “Daddy won’t let us down.”