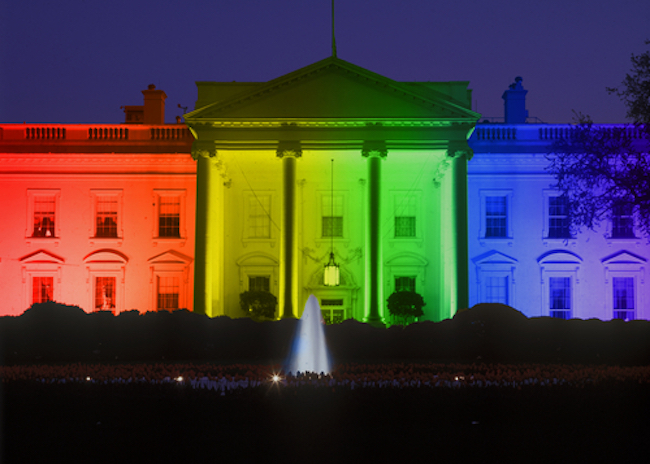 New details have emerged about The National Equality March in Washington DC, which is now only five weeks away.

According to an announcement posted to Facebook last Friday:

The Equality March for Unity and Pride named a diverse group of leaders with years of advocacy and community mobilization in LGBTQ+ liberation movements across the country and the world as 12 of its national co-chairs. The co-chairs will be responsible for guiding the ongoing development of the march, which will take place on June 11 in Washington, DC.

Nicole Murray Ramirez, San Diego City Commissioner and National Co-Chair, said “this is the most diverse national executive committee of any of the past five LGBTQ+ marches in Washington.”

“From queer youth, Two-Spirit members, Transgender, Black Lives Matter activists, Undocumented, Immigrant, to HRC, AmFar, and various organizations. The Equality March and the rally stage will indeed truly represent the changing faces of the U.S. and of our LGBTQ+ movement.”

The theme will be “intersectionality,” and the Facebook statement reveals: “The eight colors in ‘equality’ are the original 8 colors of the rainbow flag in honor of its creator, the late Gilbert Baker.”

The march is centered on the principle that in order to heal from the decades of neglect and erasure of marginalized people in the community, we must center transgender and gender expansive communities, and people of color. The co-chairs demand the inclusion of those left behind by social justice movements, including Black, Latinx, Bisexual, and differently-abled individuals.

You can expect more info about logistics of the march in the next few weeks.