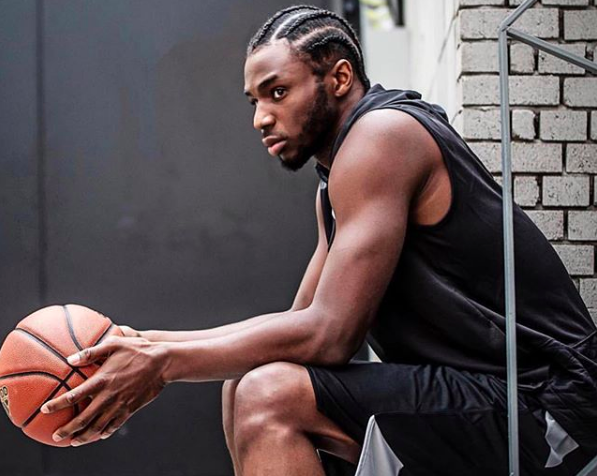 Minnesota Timberwolves player Andrew Wiggins says he absolutely did not call opponent Dennis Schröder of the Oklahoma City Thunder “gay” during a postgame interview this week.

The 23-year-old guard was speaking to reporters after the Timberwolves beat the Thunder 119 to 117 Tuesday evening. When asked about Schröder, who was ejected from the game for shoving, it sounded like Wiggins replied:

“I don’t know what’s wrong with him. Uh, he was just gay. He was acting crazy for no reason. I look right through him. He’s not someone I look at as a problem. Not at all.”

Andrew Wiggins said he was not worried about Dennis Schröder trying to step to the Timberwolves. "He was acting crazy for no reason." #thunder pic.twitter.com/gjkEcugVSi

The media quickly latched onto the story, prompting the NBA star go on Twitter and deny accusations of homophobia, claiming he said “getting” and not the word “gay.”

Id like to clarify what I said tonight during my post game media session. I said: “I don’t know what’s wrong with him he was just getting… acting crazy for no reason”.

I have the utmost love and respect for the LGBTQIA community and I would never use any term to disrespect them in anyway.

That is a clarification, not an apology, yet the coverage from a variety of outlets of Wiggins’s less-than-decipherable comment has been just as unclear. An ESPN bumper headline reads “Wiggins: Meant no disrespect with ‘gay’ remark,” while the headline on the page reads “Andrew Wiggins: Would never disrespect LGBTQIA community.” In their unbylined post, they twice directly quote Wiggins as calling Schröder “gay.”

An AP article (syndicated by NBA.com and others) was initially headlined “Wolves’ Wiggins apologizes for using gay as derogatory term,” but that was recently changed to “Wolves’ Andrew Wiggins tries to clarify postgame comments.” While the AP deleted their tweet with the original headline, the story still quotes him as saying “gay.”

Folks on Twitter seem divided over it as well.

So Andrew Wiggins actually has a good game for once. Then he goes out to his post game press conference and calls an opposing player gay. Stupid.

@TheFrankIsola andrew wiggins is canadian and has a accent. He was saying “he was getting..” not “he just gay..”. Listen again lol.

Lol Andrew Wiggins just buried himself with the "He's just Gay" comment. ????? Now the keyboard thugs are gonna come after him. #2019

all the gigantic sports media companies are insisting Andrew Wiggins said something homophobic when it's completely obvious he didn't. Demonizing black athletes is clearly very important for reproducing power relations in these lands

It’s unfortunate that’s Andrew Wiggins has one of the best games of his life and all anyone is talking about is how he called Dennis Schröder gay.

Wiggs has got some growing up to do.

If you’re keeping track at home the Timberwolves have done the following in the past 7 days. 1. Fired their head coach and president 2. Derrick Rose told people to “kill themselves”. 3. Andrew Wiggins called a player “gay” in a press conference.

(also if you watch any Wiggins interviews, the dude speaks in mumbles that could pass for Soundcloud rap. I legit believe him) https://t.co/AD0xe1JlLx

As our friends over a Towleroad note, the NBA has punished players in the past for using antigay rhetoric. Most recently, Denver Nuggets center Nikola Jokic was fined $25,000 last November for using derogatory and offensive language in a postgame interview.