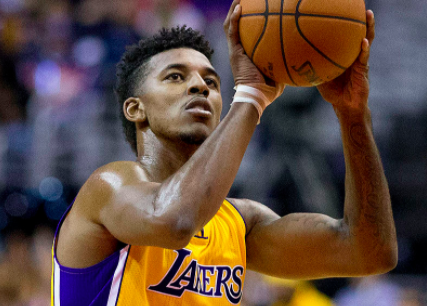 NBA star Nick Young has taken to Instagram to address gay rumors about himself that recently began circulating online.

It all started earlier this week when a photo of Young holding hands with another guy started making the rounds on social media.

Wait a minute … Nick Young??? 2020 is toooooooo much pic.twitter.com/DdplCj3HXb

The other guy in the photo is NBA player Jordan Clarkson’s younger brother, Bear, who Young has known for many years.

Pretty soon the whole internet was talking about whether Young was gay. It didn’t take long for the gossip site The Shade Room to post about the rumors on Instagram.

The post, which was shared with the site’s 18.3 million followers, quickly went viral, racking up over 70K likes and nearly 6K comments.

One of the comments was from Young himself, who responded by tagging both Jordan and Bear Clarkson and saying “it’s time to come out.” 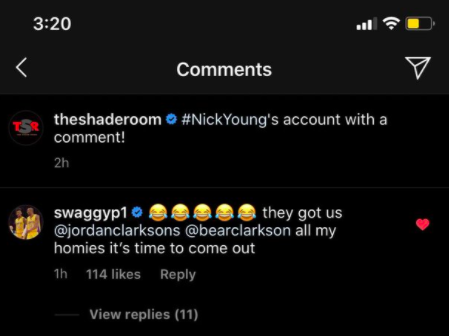 Now, it’s pretty clear to us that Young was kidding, but apparently not everyone thought so, because yesterday the 34-year-old athlete had to clarify his comment was a joke.

This isn’t the first time that Young has found himself at the center of gay rumors. Last month, he cause a stir when he left a comment on singer August Alsina’s Instagram page, complementing his “sexy lips.”