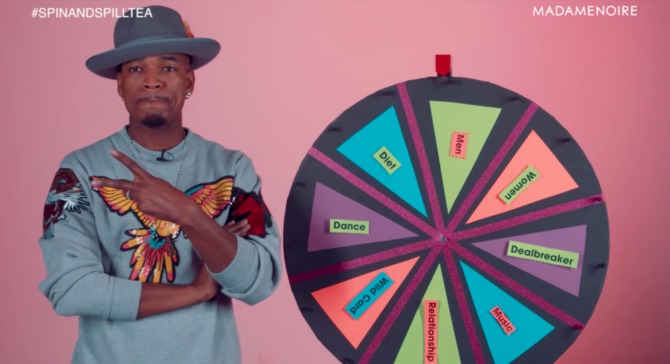 The R&B crooner recently appeared on Madame Noire’s Spin And Spill The Tea series, where he took time to answer a few questions about his music, his love life, and, oh yeah, his sexuality.

When asked, “What’s that rumor that exists about you that you wish would die?” Ne-Yo said that he, while he 100% supports the LGBTQ community, he’s not gay. He’s just not. OK? He never was. He never will be. And he has no idea where that rumor even came from.

“Taking nothing from homosexuality, love wins, love who you love,” he said. “I’m just not gay.”

The 38-year-old father of four continued, “I ain’t never been gay, and when the whole gay rumor thing happened, that was one of the ones that kind of threw me a little bit.”

“Anybody that knows me knows that nothing could be farther from the truth.”

Ne-Yo, who has released six studio albums and fifteen singles, concluded by saying: “But again, love wins, love who you love, have no issue with it, it’s just not my personal forte.”

We think we speak for everyone when we say it is such a relief to have this issue settled once and for all.