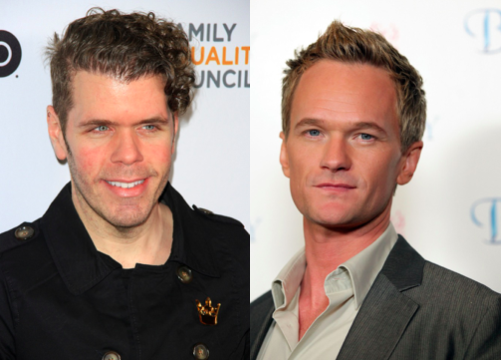 In a fascinating new interview with the Hollywood Reporter, actor Neil Patrick Harris recalls coming out publicly and the unfortunate role gossip blogger Perez Hilton played in the matter.

Harris revealed he was gay in an exclusive interview with People magazine in November 2006 after months of speculation. Looking back, he says many of the rumors were peddled by Hilton, who himself is gay.

“This was at the height of the Perez Hilton gossip blog-centric era,” Harris recalls. “I had gone out of my way in interviews to be gender neutral in the way I would answer questions.”

He continues, “If an interviewer would ask me where would you go on your perfect date, I would be gender-neutral intentionally so that I didn’t feel like I was saying something that was not truthful.”

But, he says, Hilton seemed intent on outing him.

There was an interview [in 2006] that claimed that I was asked if I was gay and that my publicist had said that I was “not of that persuasion.” That was the weird catalyst tipping point because that expression set Perez Hilton off. He was offended by that and then started posting about me and asking people to come forward with truths or stories. Then it became apparent that I needed to make some sort of decisive respectable move.

In an effort to get ahead of the narrative, Harris chose to go to People, telling the publication, “I am happy to dispel any rumors or misconceptions and am quite proud to say that I am a very content gay man living my life to the fullest and feel most fortunate to be working with wonderful people in the business I love.”

Looking back, the 46-year-old says it ended up being “pretty much no big deal” and that it didn’t seem to affect his career in any negative way.

“There were no ‘God Hates F*gs’ signs on my front lawn,” he says. “There were no people shouting things as I walked anywhere. It was just another piece of incidental information in the non-sort of lives of celebrity people.”

And while he doesn’t seem to hold any grudges against him today, Harris is likely never going to forget what Hilton did.

He adds, “I just think everyone needs to be proud of who they are. If you want to be super crazy, wonderfully flamboyant, wearing dresses to work and dancing in heels every day, you should. If your version of being gay in Hollywood means that you have a very personal, private life and you don’t want your personal life to be a reflection of your professional life, you should.”

“We need to practice tolerance as best as we can,” he concludes.