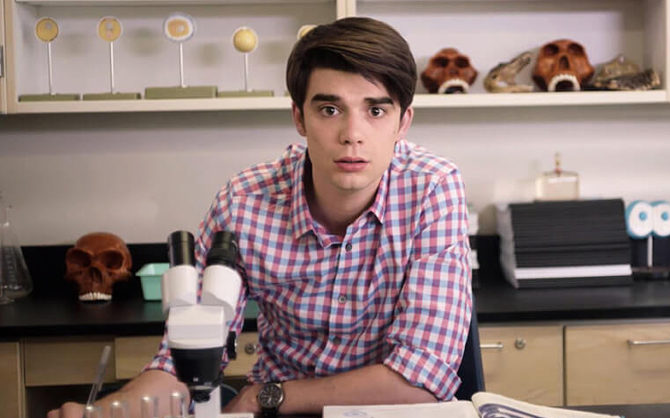 Netflix‘s 13 Reasons Why was groundbreaking in its portrayals of gay adolescence, and now a new feature-length film to be released on the streaming giant will focus even more prominently on being gay in high school, though through a decidedly more comedic lens.

Alex Strangelove will follow high school senior “Alex Truelove” as he begins to question his sexuality while dealing with all the usual trappings of teenage life.

Via the project’s synopsis:

“Things get complicated when [Alex] meets a handsome and charming gay kid from the other side of town who unwittingly sends him on a roller-coaster journey of sexual identity.”

The film was produced by Ben Stiller and directed by Craig Johnson, who calls it “a fun, funny, and flirty film located down the street from Pretty in Pink, around the corner from Superbad, and right next door to new neighbor Love, Simon.”

There’s no trailer yet, but we’ll let you know when that changes.

The film is set to premiere this week at the San Francisco International Film Festival and will be available to stream on Netflix June 8.

In February it was announced that Ryan Murphy will bring two new series to Netflix.