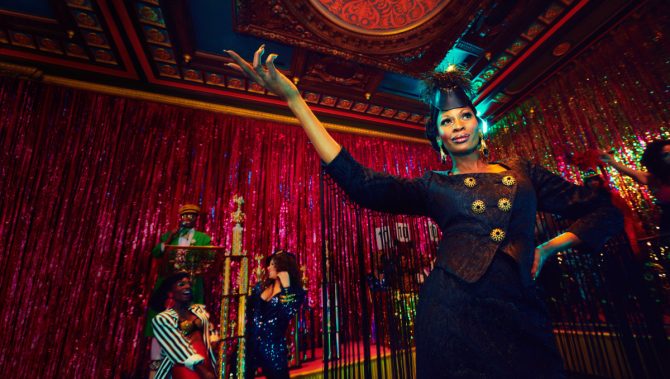 Great news for all of you Netflix subscribers out there. And even better news for everyone who’s been using their ex’s login info for the past 3 years hoping they won’t notice how much Tidying Up with Marie Kondo is being watched — Ryan Murphy‘s Pose will soon be streamable.

The show’s excellent first season, which won Best TV Show in the 2019 Queerties, will arrive on the streaming service May 10, according to a cheeky Twitter announcement:

If you haven't yet made room in your heart for this inspired and inspiring series, mark your calendars because this show is truly one you should not miss. pic.twitter.com/qX0zIsPaZ6

“If you haven’t yet made room in your heart for this inspired and inspiring series,” Netflix wrote, “mark your calendars because this show is truly one you should not miss.”

And while the entertainment industry is filled with more platitudes than a dime-store therapists office (though we should all remember to follow our bliss), in this case, we wholeheartedly agree with the accolades.

The series, created by Ryan Murphy and Steven Canals, and led by writers Janet Mock and Our Lady J, follows the queer POC ballroom scene in 1980s New York City. On top of boasting incredibly powerful storytelling, the show also features the largest trans and QPOC cast in television history.

In addition to the prestigious Queerty award, voted on by readers, it’s nabbed a Peabody Award, a Television Academy Award, Dorian Awards, and an American Film Institute Award. It received additional nominations for Golden Globes, a Gotham Independent Film Award, and a Writers Guild of America Award.

The cast and crew are currently in production for season two, which picks up in 1990 with the release of Madonna‘s “Vogue” music video.

If you haven’t seen the show yet, here’s the fantastic beginning — a very good place to start: