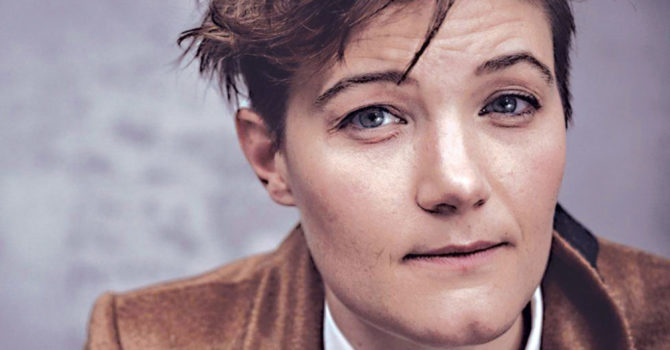 Actor/writer Charlie Covell is the latest queer artist to score a major deal with Netflix.

34-year-old Covell, who is best known for her writing on Netflix’s wildly popular series The End of the F*cking World, just inked a deal to produce another show for the streaming giant.

Netflix has just ordered 10 episodes of the hour-long show, Kaos, which is being described as “a darkly comedic and contemporary reimagining of Greek mythology, exploring themes of gender politics, power, and life in the underworld.”

Related: Netflix just one upped itself in the gay department

Covell will create and write Kaos, alongside Nina Lederman, Tanya Seghatchian, and John Woodward, who are serving as executive producers.

Although Netflix doesn’t release viewing stats, Ted Sarandos, the company’s chief content officer, tells Vulture that TEOTFW has done very well for the service after first airing on the UK’s Channel 4, despite initial low expectations internally. “It was astounding how popular it was for us,” Sarandos said. “It didn’t do great on linear TV in the U.K., and we premiered it everywhere and it was hugely popular in every country,” including Netflix U.K.

No word yet on when Kaos might make its way to Netflix.

Related: Netflix has yet another super gay announcement