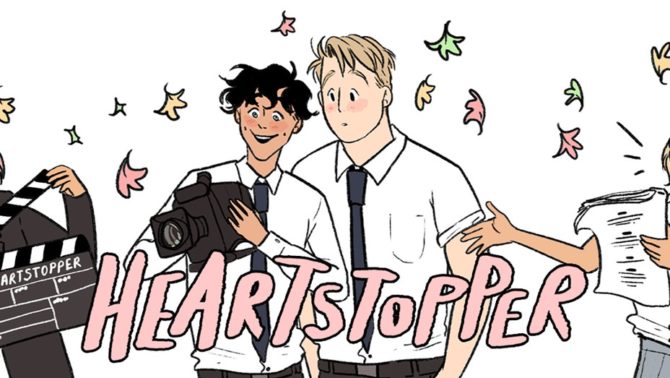 For the uninformed, Heartstopper hit bookshelves back in 2017, the brainchild of author Alice Oseman. The story follows two gay teens, Charlie and Nick, who meet in school and become fast friends. As their adventures progress, they begin to develop a deeper love for one another. Originally conceived as a webcomic, the story now spans four published graphic novels.

Oseman will adapt the graphic novels herself into an eight-episode series. Euros Lyn, who has helmed episodes of Doctor Who, will direct.

“It was clear right away that Alice not only had created these brilliant and emotionally engaging characters, but the world they populated was relatable yet somehow aspirational,” said Alexi Wheeler, Director of Kids & Family Content, in an announcement. “The whole thing is just so poignant and beautifully crafted. To tell a love story between two boys who meet at school involves such vision and creative focus, Alice has absolutely delivered this here.”

“I am so proud to be championing Charlie and Nick’s story,” Wheeler continued. “We care deeply that all young people see themselves reflected in our content, and are hopeful that many people, whatever their age or identity, will see themselves in this bold and uplifting series.”

At the time of this writing, no casting details or release date for Heartstopper has been announced.