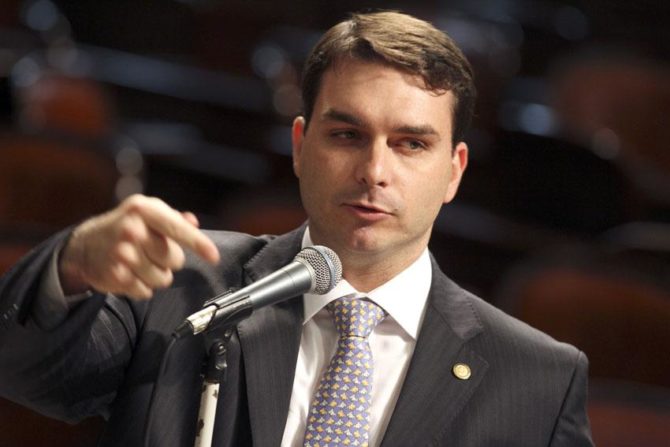 Netflix is on a roll when it comes to shutting down crazy bigots and unhinged homophobes.

Earlier this week, the streaming giant took a swing at a troll on Facebook. Now, they’ve gone after an antigay politician from Brazil.

Flavio Bolsonaro is a businessman and conservative politician from Rio de Janeiro. The other day he tweeted that Netflix was interested in producing a movie about his father, Jair Bolsonaro.

Jair Bolsonaro is currently running for president on an uber-conservative platform and is, wait for it, a major homophobe. He vehemently opposes same-sex marriage and gay adoption. He is often referred by the press in such loving terms as “racist,” “sexist,” “homophobic,” and even a “Nazi.”

Anyway, it should come as no surprise that his 36-year-old son Flavio also has a history of making antigay remarks, including telling a reporter in 2011 that “normal is to be heterosexual” and “I doubt that any father is proud to have a gay son.” And he recently voiced his support for his father’s homophobic political views.

This week, Flavio tweeted about the rumored Netflix movie about his homophobic old man:

That roughly translates to: “If the left is terrified by the ‘mechanism’ series, imagine if they knew that @NetflixBrasil might be interested in doing a series on Bolsonaro.”

To which the entertainment giant responded:

A tipster adds in an email to Queerty:

“It’s important to mention that Netflix used “queridA”, with the A, which refers to women. It’s how gays address each other and it’s used in a very sarcastic/funny way.”